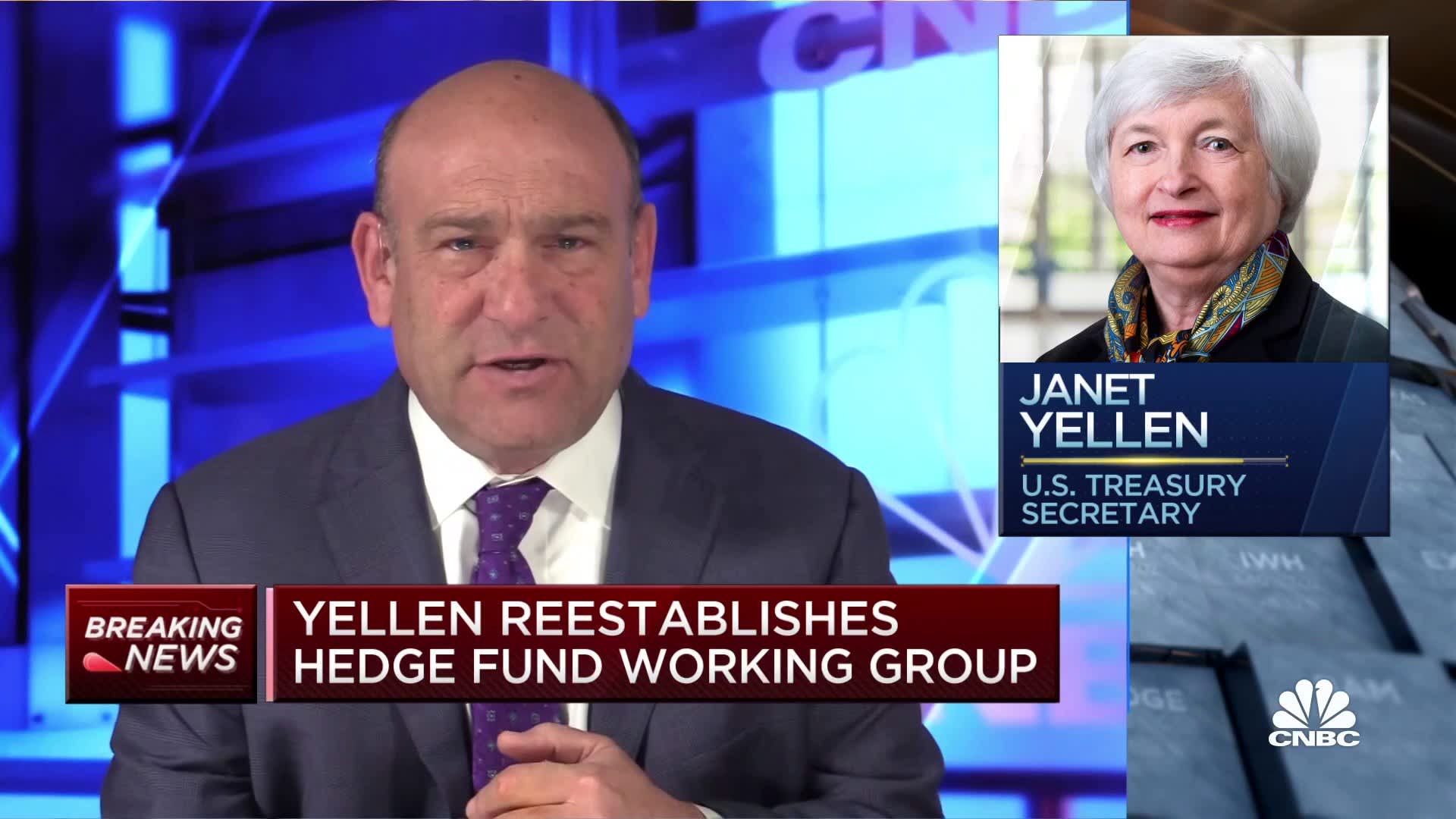 Treasury Secretary Janet Yellen laid out a three-pronged agenda on Wednesday to address what she described as ongoing threats to the nation’s financial system.

Those threats include both disruptions that occurred early in the Covid-19 pandemic as well as more recent developments regarding hedge funds.

Presiding over the Financial Stability Oversight Council ( FSOC) , which she now leads but was once a member, Yellen said last year’s market disruptions at the onset of the Covid-19 pandemic could have been worse.

The meeting comes just days after family office Archegos was at the center of a market disruption related to margin calls. Credit Suisse and Nomura warned they would take substantial hits, and shares of ViacomCBS and Discovery got slammed.

A summary from an executive session of the committee said the panel “discussed recent market developments related to hedge fund activities,” though the readout did not mention Archegos specifically.

Yellen addressed the council with three major issues : vulnerabilities in the money market and open-end mutual funds, weakness in the U.S. Treasury’s market, and dangers of climate change that could threaten the system.

One part of that work will entail reestablishing the FSOC’s hedge fund oversight group, which had previously been disbanded.

“The pandemic showed that leverage of some hedge funds can amplify stresses, too,” Yellen said. “This council used to have a hedge fund working group, and as of today, we have one again. We’re establishing the working group so that we can better share data, identify risks and work to strengthen our financial system.”

That system locked up last March as the Covid-19 threat turned into a pandemic. An urgent need for money among institutional investors clogged what normally are highly liquid short-term funding markets, requiring the Fed and Treasury to work together to stand up multiple facilities aimed at thawing those markets.

Most of those facilities have been shuttered, but the Fed is still buying at least $120 billion of bonds a month in part to ensure smooth market functioning.

On the climate change issue, Yellen reiterated concerns that she has shared on the issue and have been voiced by several Fed officials. The central bank recently has established a pair of committees that will examine what big banks should be doing to brace against climate-related events.

Other issues she expects FSOC to address include cyber threats, the growing use of non-banks for corporate credit, and the increasing presence of digital currencies.

Meanwhile on Wall street ,technology shares led U.S. stocks higher, regaining favor on the last day of a quarter  they trailed the rest of the major market sectors.

The benchmark S&P 500 set an intra-day high, retreating from a record closing level in the last moments of trading.