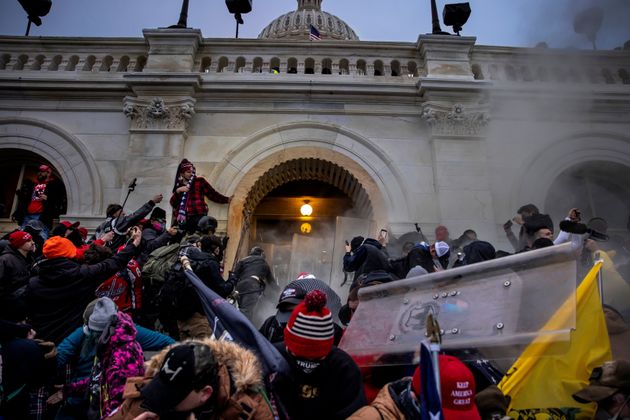 The U.S. witnessed a shocking wave of protests on Jan. 6 against the election victory of Biden over Trump which powered a mob-like attack and most of the big companies, citing their commitment to democracy, pledged to avoid donating money to the 147 lawmakers who objected to Congress’ certification of Joe Biden’s victory on the false grounds of voting fraud.

It was a striking gesture by some of the most familiar names in the business but, now it is turning out to be fake and hollow.

Six months later, many of those companies have resumed giving donations to Political Action Committees ( PAC’s) that benefit the election efforts of lawmakers whether they objected to the election certification or not.

The companies contend that donating directly to a candidate is not the same as giving to a PAC that supports them. Given America’s porous campaign finance laws, that’s a distinction without a difference to campaign finance experts.

General Electric said it would “halt donations to lawmakers who voted against certification” because “we believe it is important to ensure that our future contributions continue to reflect our company’s values and commitment to democracy.” But that’s not exactly what happened.

In April, General Electric gave $15,000 each to the House and Senate GOP election groups.

Likewise, Pfizer pledged to suspend contributions to Republican objectors for six months. But after only three months, it gave $20,000 to the GOP’s Senate group.

Walmart’s moral stand lasted for just  three months. In January, the retail giant said it would suspend all donations to the 147 lawmakers who objected to the election results. But in April, the company gave $30,000 to the National Republican Congressional Committee, the party organization that supports House Republicans in elections.

It further donated an additional $30,000 to the House committee’s counterpart for Senate Republicans, the National Republican Senatorial Committee. That group is led by an objector to the election’s certification, Sen. Rick Scott of Florida, who stands to benefit from the contribution along with seven other GOP senators who also sought to overturn the will of voters.

AT&T also pledged not to give money to lawmakers who objected, but the company sent $5,000 in February to the House Conservatives Fund.

Campaign finance experts say there’s no way to know whether the money given to Republican PACs will end up directly in the campaign accounts of incumbents who objected to the election results. These Republican committees, like the ones for Democrats, help incumbents in a variety of ways, whether through direct contributions or technical and professional help with voter data, advertising, and get-out-the-vote assistance.

Companies often give money to Democrats and Republicans alike as they try to cultivate good relations with whichever party is in power. The companies behind the pledges are no exception