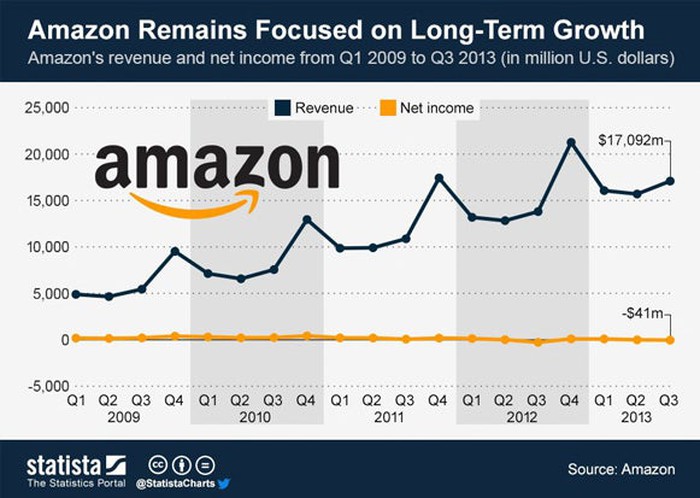 U.S. stocks fell on Friday and registered losses for the week as Amazon.com shares dropped after the company forecast lower sales growth, but the S&P 500 swung momentum with a sixth straight month of gains.

Amazon.com Inc shares tanked by 7.6% – their biggest daily percentage drop since May 2020 – after the company reported late on Thursday revenue for the second quarter that was below expectations.

Shares of other internet and tech giants that did well during the lockdowns of last year, including Google parent Alphabet Inc and Facebook Inc, were mostly lower as well.

Strong earnings and the continued rebound in the U.S. economy have helped to support stocks this month, but the rapid spread of the Delta variant of the coronavirus and rising inflation have been concerns.

Pinterest Inc stock plunged by 18.2% after saying U.S. user growth was decelerating as people who used the platform for crafts and DIY projects during the height of the pandemic were stepping out more.

Caterpillar stock also fell, ending down 2.7%, even though the company posted a rise in second-quarter adjusted profit on the back of a recovery in global economic activity.

Chevron delivered a stronger-than-expected second-quarter profit, with a rise in oil and energy prices so far for the year-to-date helping boost the company’s results. Shares of the oil major rose 2% in pre-market trading.

Many economists are expecting to see a slowdown in the pace of expansion in the economy in the second half of this year, with the peak effects of crisis-era monetary and fiscal policies and an early surge of consumer demand starting to wane.