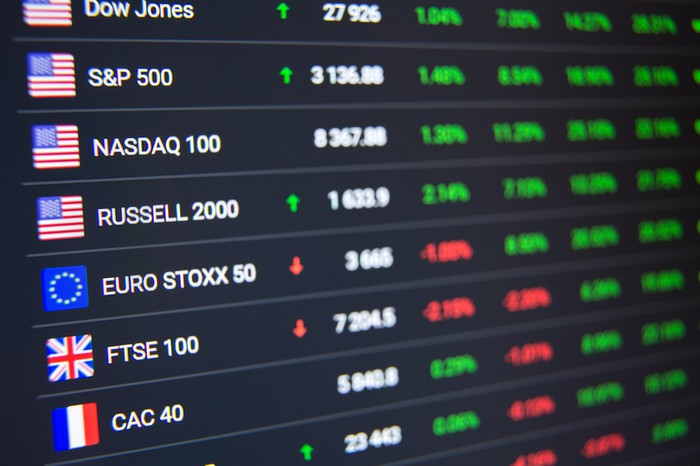 A rally in Asian stocks faded Friday and U.S. equity futures retreated amid concerns about a cash squeeze in China and volatile retail-trader speculation in the U.S.

Stocks rose, shaking off the prior day’s steep declines after new economic data showed a bigger dip in new unemployment claims than expected.

Each of the S&P 500, Dow, and Nasdaq gained more than 1% intraday on Thursday after logging their biggest drops since October on Wednesday.

The Dow outperformed with a jump of more than 600 points, or 2%, led by shares of Walt Disney and Intel.

The dollar was set for its biggest weekly gain since October.

Weekly unemployment claims pulled back by 67,000 from the prior week’s elevated levels, dipping below 900,000 for the first time in three weeks. A day earlier, the FOMC issued a statement pointed to moderating growth in the virus-stricken economy and reiterated its commitment to keeping interest rates low and asset purchases robust as the economy is on road to recovery.

Strong corporate earnings continued to roll in after the bell as payments giant Visa, Mondelez, Western Digital, and Skyworks Solutions all rose in extended trading after reporting better-than-expected profits and sales for their quarterly results. Caterpillar, Chevron, Eli Lilly, and Honeywell report earnings before the bell.

Shares of some heavily weighted companies that reported results after the closing bell on Wednesday dipped. Tesla’s (TSLA) stock dropped more than 5% after the company’s profits fell short of market expectations., though revenue hit a quarterly record of more than $10 billion. Apple’s (AAPL) stock fell after CEO Tim Cook said during the company’s earnings call that he expected a second-quarter deceleration in wearables and services sales growth.

Shares of some of the heavily shorted stocks that had been rocketing higher over the last several sessions were mixed. GameStop (GME) more than doubled on Wednesday but slid on Thursday, triggering a trading halt.

On the vaccine front, biotech firm Novavax said that its vaccine was more than 89% effective in protecting against Covid-19 in its phase three clinical trial conducted in the United Kingdom.

American airlines to sell another $1 billion in stock to boost liquidity, stocks wrap up in red