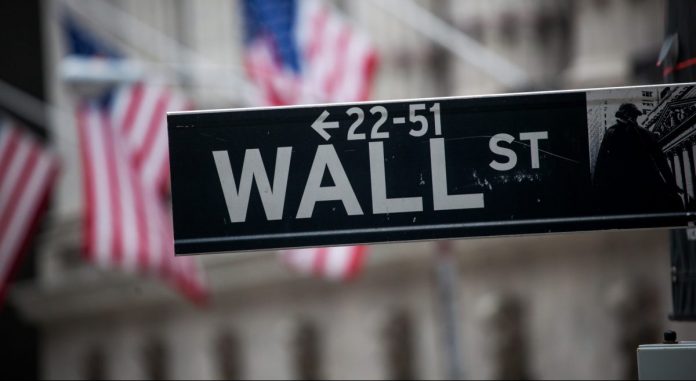 Stocks ended Monday’s session mixed while commodity prices rallied, as rising Treasury yields and expectations of higher inflation weighed on equity prices, as Treasury Secretary Janet Yellen issued a warning about the dangers that bitcoin poses both to investors and the public.

Tech shares sold off, and the Nasdaq posted its biggest drop in a month.

ZoomInfo and Cadance shares rallied after the company released its latest quarterly earnings. Shopify shares dipped 2.1% on the news the company will sell 1.18 million Class A shares and so was the case with Carnival shares, which were down 2.2% after the company said it was selling $1 billion in common stock.

The S&P 500 posted a fifth straight day of losses, for its longest losing streak since February 2020. The Nasdaq sharply underperformed, dropping more than 2% as tech shares came under more pressure. The Dow pared earlier losses, however, and rose slightly.

Some commodity prices performed more strongly. U.S. West Texas Intermediate crude oil futures (CL=F) and Brent crude futures (BZ=F) both jumped after Goldman Sachs strategists said in a note Monday that they expected Brent prices to reach $70 in the second quarter and $75 in the third quarter this year amid rising demand

Copper jumped above $ 9000 per ton on London Metal Exchange, marking the highest level in nine years as tightening supplies, rising inflation, and notions of significant infrastructure programs out of the U.S. and other countries led to expectations of increased demand.

Meanwhile commenting on the pitfalls of cryptocurrencies, U.S. secretary Yellen said, “I don’t think that bitcoin … is widely used as a transaction mechanism. It is used often for illicit finance. It’s an extremely inefficient way of conducting transactions, and the amount of energy that’s consumed in processing those transactions is staggering.”

Yellen has fiercely opposed the cryptocurrency in past and has voiced her opinion of it being a tool for illegal financing.

On the coronavirus front, over 90,000 more Americans are likely to die from COVID-19-related causes by June 1, as per projections, as the U.S. expects to surpass 500,000 deaths within the next two days.

When the pandemic will end remains a mystery. Dr. Anthony Fauci says it’s “possible” that Americans will still be wearing masks in 2022.