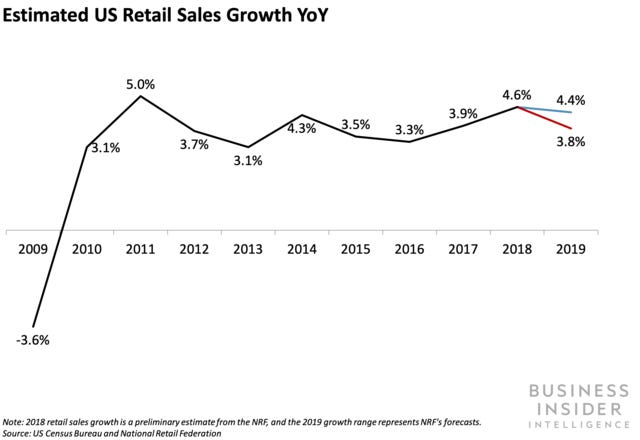 U.S. retail sales are poised for acceleration in the coming months amid record savings and a reopening economy, as revised guidance from the U.S. Centers for Disease Control and Prevention said fully vaccinated people do not need to wear masks outdoors and can avoid wearing them indoors in most places.

Retail sales account for the goods component of consumer spending, with services such as healthcare, education, travel, and hotel accommodation making up the other portion

Friday’s Commerce Department report showed retail sales in March were much stronger than previously estimated, setting consumer spending on a higher growth path heading into the second quarter. There were also signs that Americans were starting to shift their spending from goods to services like restaurants and bars, with more than a third of the population now being vaccinated.

The unchanged reading in retail sales last month followed a 10.7% surge in March, the second-largest increase on record and an upward revision from the previously reported 9.7% increase. Sales at electronics and appliance stores rose 1.2%. as consumers increased spending at restaurants and bars, leading to a 3.0% rise in receipts. That followed a 13.5% jump in March.

Sales at restaurants and bars are 116.8% higher compared to April 2020. Airbnb bookings have jumped by a record 52% last week as the vaccination spurred vacation rental demand throughout the country.

Households have accumulated at least $2.3 trillion in excess savings during the coronavirus pandemic, which should underpin spending this year. Many received additional $1,400 checks in March, which were part of the White House’s $1.9 trillion pandemic rescue package approved early that month.

To boost spending, banks are loosening the purse strings for consumer borrowers.

Credit cards, auto loans, and other personal loans are all getting easier to come by, more than a year into a pandemic that spooked lenders and caused them to tighten lending standards significantly. At the same time, superlow mortgage rates are spurring market demand for homes, sparking bidding wars that send prices higher.

“Retail sales growth will be solid through the rest of this year,” said Gus Faucher, chief economist at PNC Financial in Pittsburgh, Pennsylvania. “Consumers have billions of dollars of stimulus payments saved up, and will gradually spend those funds over the next couple of years.”

But there are concerns that labor and raw material shortages, which are hampering production at factories, could weigh on retail sales. Ports also do not have enough workers to offload ships, delaying deliveries of imported consumer goods. Businesses depleted inventory in the first quarter and are struggling to restock.

A separate report from the Federal Reserve on Friday showed manufacturing production rose moderately in April, with motor vehicle output declining amid a global semiconductor shortage.

Economists are also of the opinion that a neutral retail sales report could ease financial market concerns about inflation which were fanned by reports this week showing strong increases in consumer and producer prices in April.

More than 7 million Americans in line for unemployment tax refunds