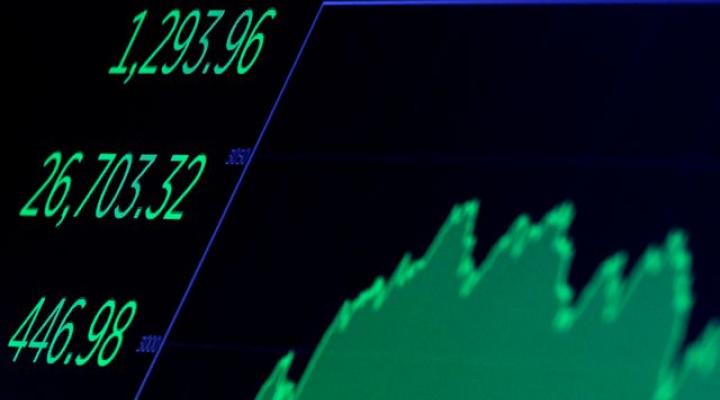 The frenzy of trading in U.S. equities is showing no signs of abating and looks set to surpass levels seen during the worst of the pandemic panic in March.

Over the last 20 days, an average of 15.8 billion shares has traded each day on all U.S. exchanges, just below the 16.1 billion average hit on March 25, which was the highest in at least over a decade.

Bursts of trading in U.S. stocks usually come amid periods of surging volatility in markets, such as the spike seen early last year when fears about the coronavirus spread led to a sharp selloff.

This time, volatility is much more subdued suggesting the jump in trading activity is one more sign of exuberance in the stock market.

The S&P 500 Index is up over 4% so far this year and closed at an all-time high on Thursday.

Last month’s parabolic surge and rapid collapse in GameStop Corp. shares seem to have done little to dampen enthusiasm for equity exposure. A similar measure of euphoria in the options market — volume in bullish bets via call options — has itself hit another record.

Meanwhile, global oil and fuel prices are picking up as demand returns to pre-pandemic levels amid easing coronavirus lockdowns in key countries like China and India and signs of increasing road travel in several countries.

Gasoline prices in Asia, Europe, and the United States all scaled 1-year highs this week, while benchmark global crude oil Brent futures topped $60 per barrel for the first time in a year.

The International Energy Agency (IEA), in a separate forecast on Thursday, said it expected demand to rise strongly later this year. U.S. gasoline prices for May, when the peak driving season typically gets underway, have climbed 16% so far this year, putting them above corresponding levels in 2020 and 2019 on improving demand and constrained supply.

Adding to the COVID news, the U.S. authorities on Thursday approved a proposal to give airlines another $14 billion in payroll assistance as part of the relief package that is working its way through Congress.

It would be the third round of support for the pandemic-hit industry. American Airlines and United Airlines have warned of some 27,000 furloughs without an extension of the current package that expires on April 1.