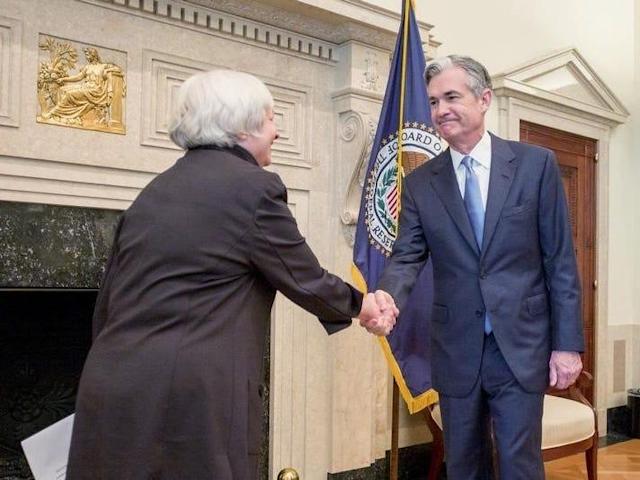 Powell was elevated to the Fed chair by President Donald Trump in 2018, replacing Yellen from the same position.

Republican Senator Steve Daines, a member of the Senate Banking Committee, urged Biden in a letter last week to keep Powell at the helm of the Federal Reserve for another four years to build confidence in an improving economy.

Renominating Powell “would send a strong signal to households, businesses, and consumers that the head of the Federal Reserve continues to enjoy broad bipartisan support, and will act as necessary to achieve its dual mandate of price stability and maximum employment,” he wrote.

As the coronavirus pandemic played havoc with the economy prompting widespread shutdowns last year, the Powell-led Fed slashed its benchmark overnight interest rate to near zero and began a massive bond-buying effort.

That support is credited with heading off a financial crisis and paving the way for a rapid economic rebound.

A White House official last month said Biden would soon be engaging his senior economic team in “a careful and thoughtful process” about Fed appointments.No comment was immediately available from the White House.

On the economic front, investors turned cautious this week following some disappointing reports on retail sales, housing, and consumer sentiment.

Stocks ended higher on Wall Street on Friday but not enough to erase the market’s losses from earlier in the week. The S&P 500 added 0.8% but still posted a weekly loss after two weeks of gains. The benchmark index had set a record high on Monday.

A potential issue keeping stocks sluggish is inflation. Earlier this week, minutes from the most recent Federal Reserve meeting showed that officials had discussed reducing the Fed’s bond-buying program later this year to start winding down some of the emergency measures that were implemented during the pandemic

COVID infections across the U.S. and around the globe are again on the rise as the highly contagious Delta variant’s spread has given traders reason to pause with the market near all-time highs.

Meanwhile, reliable sources have confirmed that the U.S. State Department was hit by a cyberattack, and notifications of a potentially serious breach were made by the Department of Defense Cyber Command, although no significant disruptions in routine operations happened.

Prominent media news reported that the breach is believed to have occurred weeks ago.

“For security reasons, we are not in a position to discuss the nature or scope of any alleged cybersecurity incidents at this time,” a state department spokesperson said.