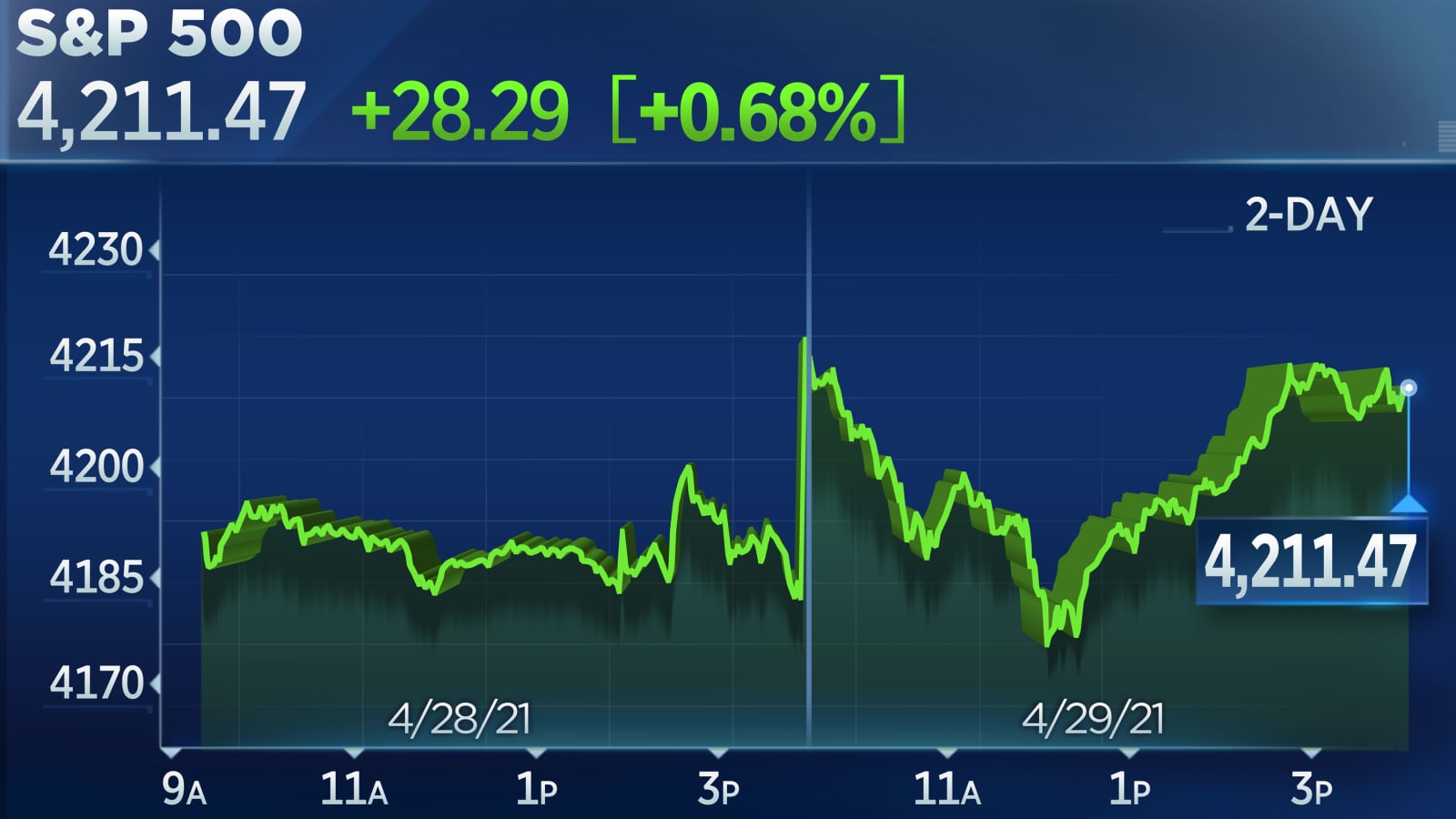 The S&P and the Dow indexes retreated from record highs on Monday as energy and other sectors sensitive to economic growth slid on concerns over rising new coronavirus cases.

Energy shares (.SPNY), down 1.2%, bore the brunt of selling tracking a slump in crude as an increase in coronavirus cases, particularly in China, raised fears of new curbs that could hurt oil demand.

Eight of the 11 major S&P sectors fell, while shares such as consumer staples (.SPLRCS) and financial (.SPSY) led gains.

In the United States, COVID-19 infections rose by at least 22,783 on Sunday to nearly 36 million total cases, as per media reports.

U.S. job openings jumped to a fresh record high in June and hiring also increased, an indication that the supply constraints that have held back the labor market remain elevated even as the pace of the economic recovery gathers momentum.

A record 1.35 million people quit jobs in the retail and accommodation and food industries during the pandemic, but that only represented 35% of all quits and is roughly in line with those sectors’ share over the longer term.

Job openings, a measure of labor demand, shot up by 590,000 to 10.1 million on the last day of June, the Labor Department said in its monthly Job Openings and Labor Turnover Survey, or JOLTS report, on Monday.

It also tallies with more recent data. The government reported on Friday that job growth accelerated in July as U.S. employers hired the most workers in nearly a year and continued to raise wages.

The rise in hiring in June was led by retail trade, with 291,000 more positions filled, while state and local government education filled 94,000 jobs.

Labor shortages have been reported, particularly in leisure and hospitality. Generous unemployment benefits, childcare issues, and lingering worries about the virus have also been cited as factors holding back people returning to the workforce, as people now want to party with a vengeance.

Worries remain, however, that a resurgence in infections, driven by the Delta variant of the coronavirus, could once again discourage some unemployed people from returning.

Split over crypto tax threatens to slow US infrastructure bill.