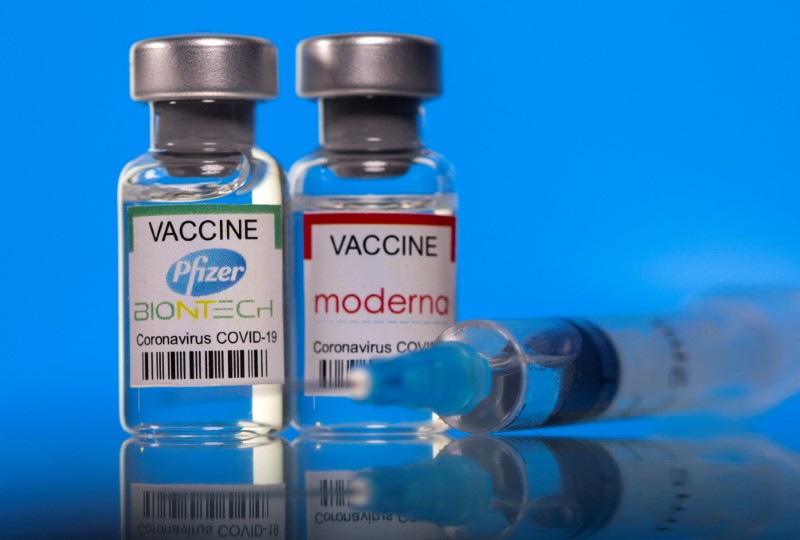 Taiwan has reacted with an outpouring of thanks to the United States for shipping 2.5 million COVID-19 vaccine doses as it deals with a rise in domestic infections amidst news of the Delta variant of the virus rising in some states of the U.S.

“What a sight! What a gesture!” Taiwan Foreign Minister Joseph Wu tweeted in thanks late on Saturday, linking to pictures of the vaccines being loaded onto a Boeing 777 freighter at Memphis airport.

U.S.’s “vaccine diplomacy,” initially had promised to donate 750,000 doses but increased that number as President Biden’s administration advances its pledge to send 80 million U.S.-made shots around the world.

The 2.5 million Moderna Inc doses, due to arrive at Taiwan’s main international airport late Sunday afternoon, will more than double the number of vaccines that have already arrived on the island, including 1.24 million AstraZeneca Plc shots donated by Japan earlier this month.

China, which claims Taiwan as an integral part of its own territory, had offered Chinese-made vaccines, but the government in Taipei has repeatedly expressed concerns about their safety and efficacy. The United States, like most countries, has no formal diplomatic ties with Taiwan but is its most important international backer.

Despite the pandemic, China has continued to pressure Taiwan militarily as Taiwan has accused China of blocking at least one foreign vaccine deal with the island.

Meanwhile, as the U.S. crossed the 300 million vaccinations milestone on Friday, experts warned that the spread of virus variants could spur a surge in accelerating new cases if more people don’t get inoculated.

The Delta variant has been a top concern for many experts when it comes to those who remain unvaccinated against the coronavirus.

In Missouri, where 43.4% of the total population is at least partially vaccinated, the Delta variant is on the rise.

Steve Edwards, the CEO of the CoxHealth, a system of hospitals and clinics based in Missouri, commented on the situation.” I think the Delta variant is what’s fueling this,” he said. “Much of the South, Midwest, much of the places that have low vaccination rates — if confronted with the Delta variant, will see a similar kind of surge of patients as we’re beginning to see right now.”

About 44.7 % percent of the U.S. population has fully been fully vaccinated while 53.1% received at least one dose of a vaccine, according to data from the US Centers for Disease Control and Prevention.