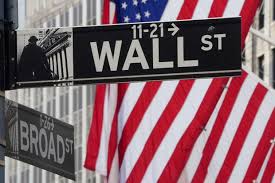 U.S. stocks jumped sharply on Monday in a broad-based rally as stocks tied to the economic reopening jumped on vaccine optimism, while tech names rebounded from steep losses last week.

Fewer than 40 stocks in the S&P 500 posted losses on Monday, the first trading session of March.

The gains marked a strong rebound after all three indexes declined last week, weighed down by losses among tech stocks. Monday’s advance came as the yield on 10-year Treasury notes, the benchmark borrowing cost in U.S. debt markets, slipped to 1.444% from 1.459% Friday. Yields fall when bond prices rise.

Stocks, and particularly shares of tech companies, have been buffeted by sharp moves in government-bond markets in recent trading sessions. Rising long-term interest rates brought by an improving economy tend to make tech and other growth stocks less attractive to investors.

Zoom Video stock popped 8.5% on the back of better than expected fiscal fourth-quarter results. Zoom earned $1.22 per share on revenue of $882 million. Roku stock jumped 2.8% on the news that the company is set to acquire Nielsen.

Apple climbed by nearly 6% after news of all its 270 stores across the U.S. were open to the public since the pandemic. Casino gaming stock GameStop was active and volatile in trading and soared more than 18% whereas AMC Entertainment, the cinema chain stock was up by 14.6%.

Vaccine developer’s Novavax stock slid 4.2% after the company reported weaker-than-expected fourth-quarter results. Novavax lost $2.70 per share on revenue of $279.7 million. Also, in the red was Inovio Pharmaceuticals which slid more than 6% after the company released its latest quarterly figure.

In commodities, futures on benchmark Brent crude oil fell 1.1% to settle at $63.69 a barrel, ahead of a planned Thursday meeting of the Organization of the Petroleum Exporting Countries and its partners. Analysts say it is likely that the cartel will announce some type of production increase or at least a further retreat from previously agreed on production cuts.

On the COVID front, the Senate is preparing to move ahead this week with President Biden’s relief package. The House passed the $1.9 trillion package over the weekend, and Senate approval appears more likely after senators dropped a proposed minimum-wage increase that some centrist Democrats had opposed.

Democrats are racing to finish the package before March 14, when certain types of federal unemployment assistance are set to expire.