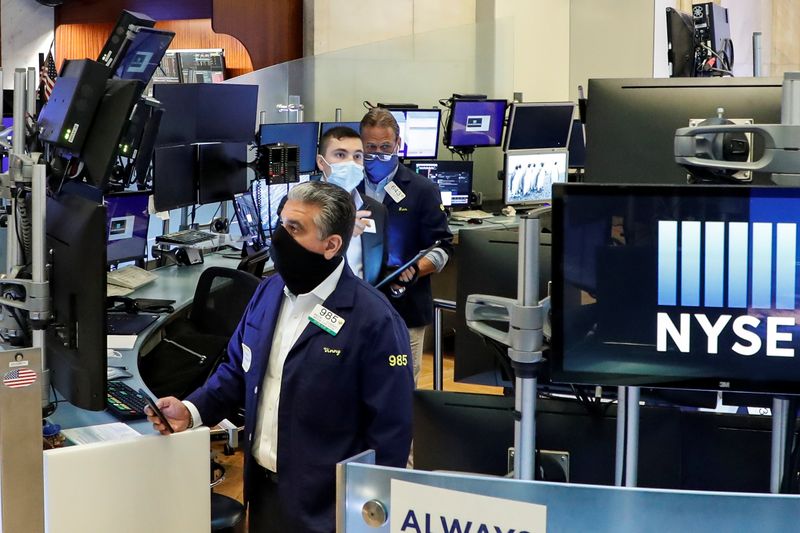 Contracts on each of the three major indexes traded just above the flat line.

Both the S&P 500 and Nasdaq ended at record closing highs on Thursday, and the Dow closed within 0.5% of its own recent all-time closing high.

Over the past five days, the financials sector has been the best performing sector in the S&P 500, coinciding with firming Treasury yields. Energy has also outperformed as crude oil prices recovered, given prospects for stronger demand for travel and fuel later this year.

The Russell 2000 has also outperformed the S&P 500 this week and so far in 2021, with small-cap stocks typically leading the way higher during economic recoveries.

With four straight days of gains, the major averages are on pace their best weekly performance since November. The blue-chip Dow has gained 3.6%, while the S&P 500 and the Nasdaq have risen 4.2% and 5.4%, respectively.

The market rebounded from last week’s sharp losses as the speculative trading frenzy dissipated. Wall Street is in the middle of a solid earnings season. Of the 184 companies in the S&P 500 that have reported earnings to date, 84.2% topped analyst expectations.

Meanwhile, GameStop shares tanked again by more than 42%, bringing the video-game retailer’s losses for the week to more than 83%. The latest price drop came even after trading app Robinhood rolled back some of its trading limits on the stock.

GameStop experienced a meteoric rise last week in a major short squeeze orchestrated by Reddit users. Point-and-click investors piled into the name, driving its share price up 400%, while hedge funds rushed to cover their losses from shorting the stock.

On the coronavirus front, Johnson & Johnson on Thursday submitted to the Food and Drug Administration an application for emergency authorization for its one dose COVID vaccine, putting the company on track to potentially begin shipping it by early next month.