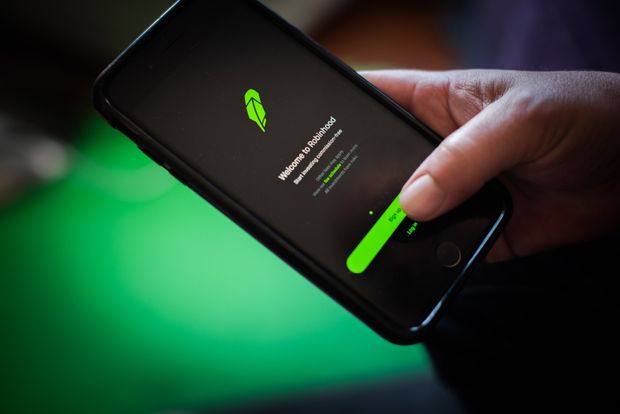 Stocks traded higher on Friday in another record-setting day on Wall Street, with a batch of stronger-than-expected economic data and corporate earnings results helping fuel a risk rally.

The S&P 500 and Dow each rallied to record levels, with the latter extending gains well beyond the 34,000 level.

Treasury yields ticked up on Friday morning after retreating on Thursday even amid a batch of estimates-topping economic data. Retail sales rose in March by the most since May 2020, fueled by a combination of stimulus spending and broadening business reopening as new weekly employment claims fell down. First-quarter corporate earnings have largely topped already lofty estimates with the big banks posting better-than-expected results.

Morgan Stanley’s shares lost 2.6% despite topping analysts’ expectations for 1Q earnings on the back of better-than-expected trading and investment banking results. The major U.S. bank reported earnings of $2.19 per share on revenue of $15.72 billion. PNC financial – the bank stock also was up by nearly 1.7% following a healthy quarter.

Meanwhile, after social media, finance apps are becoming a more popular form of entertainment on people’s phones. Trading platforms Robinhood and Coinbase grabbed the top two spots in Apple’s App Store this week as Americans turn their attention to stock and cryptocurrency markets.

According to reliable sources, Robinhood notched the no. 1 spot on Friday, followed by the crypto trading platform Coinbase. TikTok was third. The surge in popularity comes at times when Coinbase has debuted on Nasdaq and bitcoin topped $64,000 for the first time.

The surge in popularity underlines a boom in retail trading during the pandemic and “meme stock” culture around names like GameStop. The video game retailer became a household name in January after a group of traders on Reddit sparked a historic short squeeze.

Robinhood, which shut down the buy-side of certain stocks during the height of the GameStop frenzy, saw blowback on social media, and its CEO was later called to testify in front of Congress. But Robinhood still added an estimated 3 million customers in January alone, according to estimates from JMP Securities.

On the COVID front , U.S . announced plans on  Friday to invest $1.7 billion in genomic sequencing – the process of mapping a virus’ genetic code – to help states detect and curb the spread of COVID-19 variants.

The funding comes from President Biden’s relief package and will be used to collect COVID samples, sequence the virus and share data, according to a White House fact sheet.

The first portion of the funding will be allocated in early May through the Centers for Disease Control and Prevention.