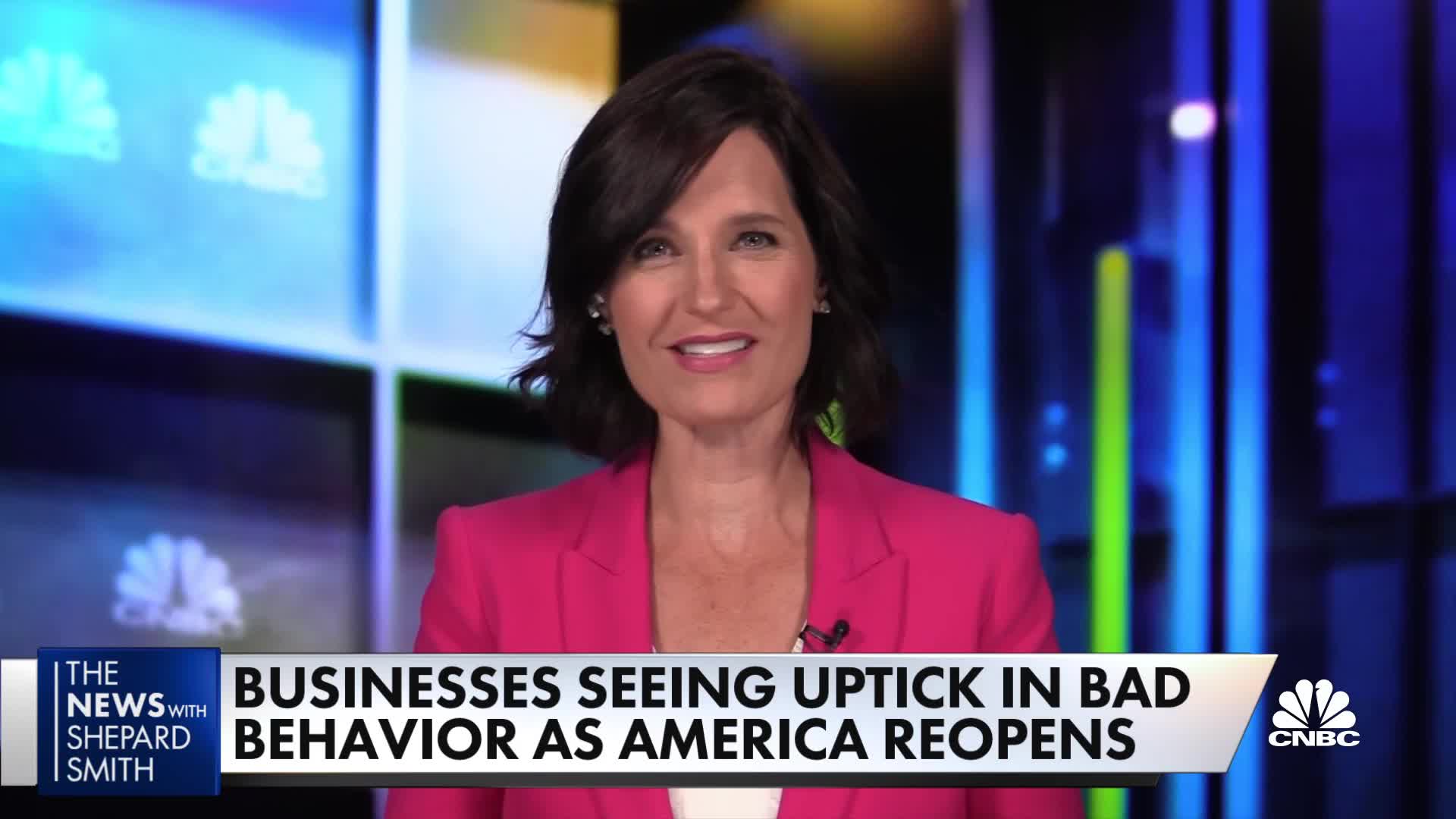 Businesses across the U.S.  are grappling with an astonishing rise in what can only be called “people behaving badly.”

Retail workers have been subjected to horrifying attacks based on their race, gender identity, or disability. Flight attendants have been verbally — and occasionally physically — assaulted.

Aggressive driving has led to road rage, with deadly consequences. Shoppers are brawling in the aisles as experts are pointing to soaring stress levels as the trigger for the rise in these types of incidents.

In May, a flight attendant of Southwest Airlines was hit by an unruly passenger and had her teeth broken. According to law enforcement who arrested the woman in San Diego. It was just one of the latest examples as airlines struggle with an unprecedented onslaught of confrontations.

Both Southwest and American Airlines have decided to forgo alcohol consumption and sales for now because of the unruly behavior.

NBA fans returning to arenas is a welcome sight for the league, which was reported $ 1.5 billion short of revenue last season as the pandemic resulted in lost ticket sales. Yet, the return of fans has brought a host of new problems.

In Boston, a 21-year-old Celtics fan was charged with assault battery by means of a dangerous weapon. In New York, an Atlanta Hawks guard was spitted upon during a playoff game against the Knicks at Madison Square Garden. And Washington Wizards star Russell Westbrook got popcorn dumped on him by a fan as he left the court with an injury.

Many of the teams impacted are not tolerating the bad behavior and are banning rude fans from attending future games.

The retail industry is also seeing an uptick in bad behavior, often targeted toward employees. According to reports, retailers are seeing an alarming rise in discrimination where floor staff is being targeted for who they are when enforcing safety measures.

Grown men are fighting over Pokémon cards as their sale value climbed during the pandemic. Last month, a 35-year-old man pulled a gun when he was attacked by a group of men in a trading-card-related fight. It forced Target to temporarily pull the trading cards from its stores.

According to Thomas Plante, a psychology professor at the University of Santa Clara, “We’ve got a tsunami of mental health issues out there, with anxiety and depression.”

People are juggling multiple stressors, he said. Among them: the pandemic, death, illness, job loss, home-schooling kids, isolation, and other challenges. That frustration can lead to aggression.

There’s also “observational learning,” Plante said, explaining that when people see bad behavior all around them, even by so-called role models, they are more likely to repeat it.

What will reverse the trend? Plante’s suggestion: Treat others the way you want to be treated.

Augmented reality is the focus of Apple