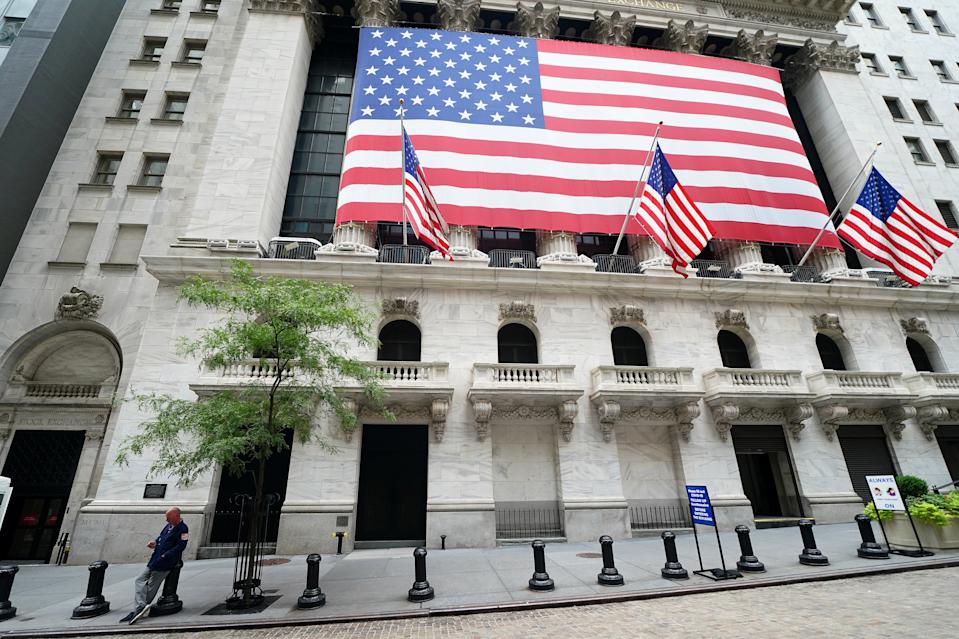 Federal Reserve Chairman Jerome Powell said in testimony prepared for delivery to Congress this week that the economy is growing but faces continued threats from the pandemic.

He said inflation has risen “notably” but repeated his position that the price pressures are transitory.

“Since we last met, the economy has shown sustained improvement,” Powell said in remarks he will deliver on Tuesday to the House Select Subcommittee on the Coronavirus Crisis.

“Widespread vaccinations have joined unprecedented monetary and fiscal policy actions in providing strong support to the recovery. Indicators of economic activity and employment have continued to strengthen, and real GDP this year appears to be on track to post its fastest rate of increase in decades,” he added. “Much of this rapid growth reflects the continued bounce back in activity from depressed levels.”

Although nearly half of the  U.S. population has been vaccinated slowing the spread of the virus, he said threats remain.

Meanwhile, the stock market has been volatile, but it’s been a very solid year for Wall Street, with the banking and financial sector hitting the bull’s eye.

Companies like Goldman Sachs and JPMorgan Chase both generate revenue from trading commissions as well as investment banking fees for advising on mergers and IPO’s.

The regaining economy which is getting bolstered by an improving job market is likely to boost demand for loans and the creditworthiness of borrowers.  The housing sector is picking up too, and that’s good for regional banks that have big mortgage lending businesses.

Bank stocks are also getting a lift due to the fact that they pay big dividends that yield more than boring bonds. That makes them more attractive to conservative investors looking for steady income.

“We expect loan demand to pick up as businesses begin to invest for growth again. During the pandemic, corporate and small business borrowers limited drawdowns and tapped capital market sources of funding instead of commercial borrowing,” said UBS Global Wealth Management analysts Laura Kane and Michelle Laliberte in a report this month.

So, it might be a jump time for the banks as the economy is growing just enough to give a lift to their lending and investment banking businesses which intend to reflect on the price of their stocks in 2021.