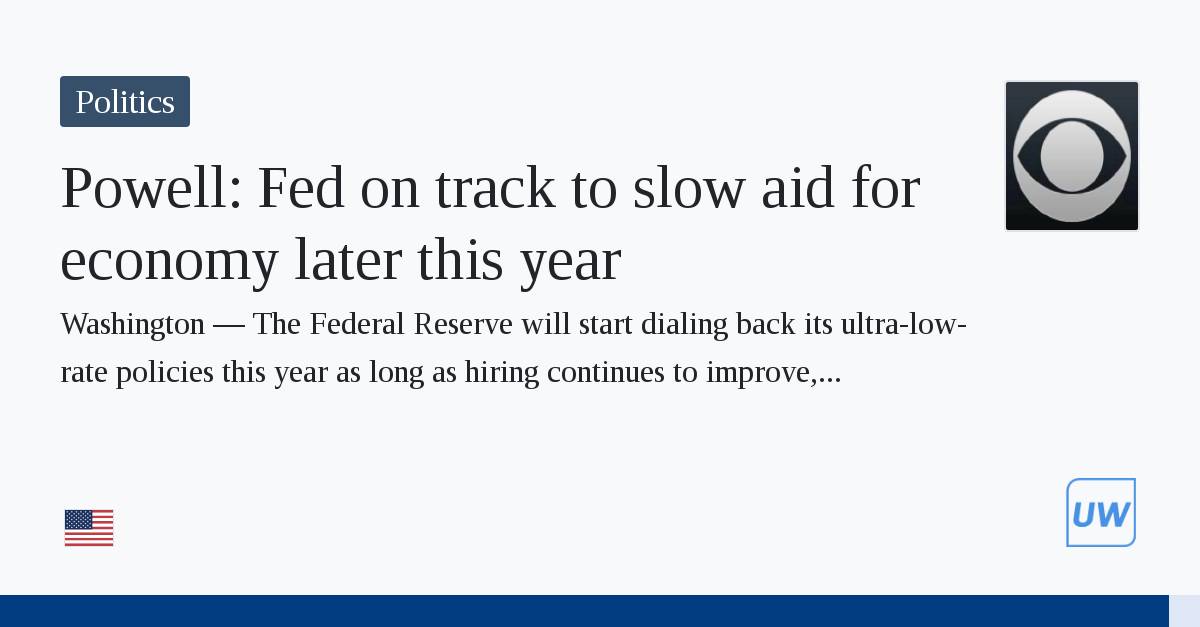 The Federal Reserve will start reversing  its ultra-low-interest rate policies this year as long as hiring continues to improve, Chairman Jerome Powell said on Friday, signaling the beginning of the end of the Fed’s response to the pandemic induced  recession

In a speech given virtually to an annual gathering of central bankers and academics, Powell said the economy had improved significantly this year, with average hiring in the past three months reaching the highest level on record for any similar period before the pandemic.

The Fed has been buying $120 billion a month in mortgage and Treasury bonds to try to hold down longer-term loan rates to spur borrowing and spending. Powell’s comments indicate the Fed will likely announce a reduction — or “tapering” — of those purchases sometime in the final three months of this year.

Most economists expect the announcement in November, with tapering actually beginning in December.

Powell also noted that while average wages have risen, they haven’t increased enough to raise fears of a “wage-price spiral,” as occurred during the ultra-high-inflation 1970s.

“Today,” he said, “We see little evidence of wage increases that might threaten excessive inflation.”

If anything, Powell said, the factors that helped keep inflation super-low for years before the pandemic — the growth of online retail, lower-cost goods from overseas, slowing population growth — could re-emerge as the pandemic fades

A sharp jump in inflation has put the Fed’s ultra-low-rate policies under growing scrutiny, both in Congress and among ordinary households that are paying more for food, gas, and hotel stays.

Inflation, according to the Fed’s preferred gauge, rose 3.6% in July compared with a year earlier, the biggest increase in three decades. The month-to-month increase, however, slowed from 0.5% to 0.3%.

Complicating the Fed’s decision-making, the resurgence of the pandemic has confounded the Fed’s expectations that the economy and job market would be on a clear path to improvement by this fall. The newly emerging and potently fatal Delta variant of COVID could slow spending in such areas as air travel, the food and beverage industry, and entertainment.