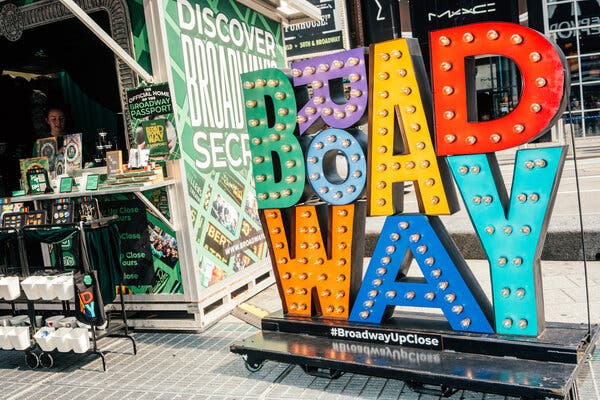 Big-name shows like Hamilton, Wicked, and The Lion King were back in action on Tuesday for the first time since the pandemic began, as Broadway reopens at full capacity. But fans and performers are not the only ones excited for the return of the Great White Way — businesses surrounding the Midtown Manhattan theaters are as well, albeit with caution.

New York City Mayor Bill de Blasio called Broadway’s full return a “big night for New York City’s comeback” at a press briefing on Tuesday, noting that it is bringing back “a lot of jobs.”

“When you think of New York City…it’s the capital of arts and culture,”  Bill de Blasio said. “People love Broadway. When Broadway is up and running, it says so much about New York City. And tonight, a lot of Broadway is coming back…You can feel the life of the city coming back.

New York City’s tourism industry has suffered greatly during the pandemic, contributing an estimated 75 percent less to the city’s economy in 2020 than it did in 2019.

“When Broadway returns, New York returns,” Broadway League President Charlotte St. Martin said. “And the 97,000 workers…are getting back to work.”

The Broadway League represents an industry responsible for billions of dollars to the city every year, but because of its uniquely tight spaces and high costs to operate, Broadway simply couldn’t reopen at reduced capacity.

Instead, it waited until it could require vaccines and masks, with kids under 12 showing a recent negative COVID test, and an all-clear from a platoon of experts that seeing a show is safe.

Other Broadway shows like Come From Away, Aladdin, and Moulin Rouge are set to return in the coming weeks.

Meanwhile, Amazon. com Inc. plans to add 125,000 employees throughout its U.S. warehouse operations as the technology giant prepares for the holiday shopping period, in which a tight labor market is set to make it more challenging to find staff.

The company is hiring to run the 100 logistics facilities it will launch this month in the United States, on top of the more than 250 that opened earlier this year.

An announcement on Tuesday confirmed that it plans to open 100 facilities across the country in September, deepening its pool of locations used to store, sort, and ship its packages.

Amazon, which has had a starting wage of $15 an hour, said its minimum wage has gone up in many locations and now averages more than $18 across the nation. In some areas, for example, Amazon said it has offered pay of up to roughly $22.50 an hour.

Walmart Inc had said earlier this month that it planned to hire 20,000 workers at its supply chain division ahead of the busy holiday season.