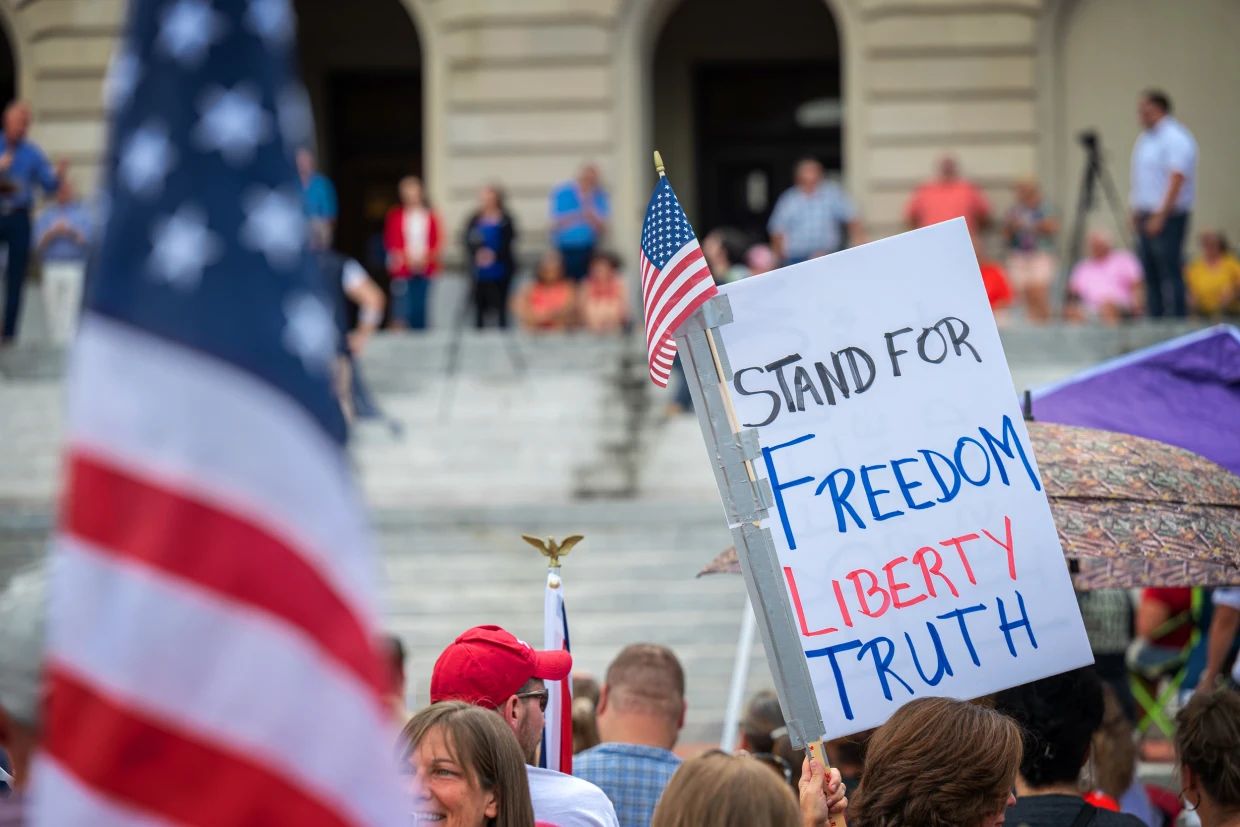 Late on Tuesday night, in the latest escalation in scare tactics against jailed Kremlin critic Alexei Navalny, officials in Moscow showed up at the homes of dozens of his supporters and asked them to file police reports.

The visits, which appear to be related to the authorities’ ongoing attempts to charge the Navalny team with breach of privacy after a database of supporters was leaked, represent the latest in a series of crackdowns on Navalny which the European Court of Human Rights has ruled as politically motivated. As Russia’s most prominent opposition leader, Navalny has been jailed ten times since 2011 and, in a potential state assassination attempt, even poisoned with the military-grade nerve agent Novichok.

But it is not only Navalny that has found himself persecuted for political reasons in recent months.

In Hong Kong, we have seen a wave of pro-democracy politicians and activists charged with ‘conspiracy to subversion’ under the territory’s draconian National Security Law. Meanwhile, in Belarus, the world watched in outrage as a commercial passenger flight from Greece to Lithuania came to be diverted to arrest opposition journalist Roman Protasevich.

Each of these acts of political persecution has shocked the international community.

However, for criminals, these instances and the many that came before, have presented an opportunity. Recent reports suggest a trend amongst wanted individuals who are playing upon this reality to dismiss charges against them as “politically motivated” in their attempts to evade, or at least delay, justice.

One of the most notorious examples of this occurred during the now infamous 1Malaysia Development Berhad (1MDB) scandal, where financial fugitive Jho Low, in connection with the country’s then prime minister Najib Razak, was accused of orchestrating the theft of $4.4bn from the state’s investment fund which was set up to improve living standards of ordinary Malaysians through public development projects.

Low denied he was the mastermind behind the scandal. Instead, he maintained that the allegations against him were politically motivated. Unfortunately for him, this defence failed to prove convincing, and Low needed to adopt new tactics. These included trying to bargain for his freedom by blaming former ally Razak, and betraying fellow conspirators. As Low soon discovered, these spurious defence strategies were also insufficient, with Low to this day remaining on the run, wanted by Malaysia, the US, and Singapore.

Similarly, Isabel dos Santos, daughter of Angola’s former strong-man ruler Jose Eduardo dos Santos, claimed to be the victim of a political attack after a leaked trove of financial and business records revealed how she had become Africa’s richest woman by siphoning off hundreds of millions of dollars of public money into offshore accounts.  Dos Santos, who denies all wrongdoing, told  Reuters last year, ‘This is a political trial. You have a persecuting state and servile and partisan magistrates. Then you have a woman who has been chosen to set an example as a scapegoat. That’s me.’

Despite dos Santos’s objections, in January 2020, Angola’s attorney general charged her with embezzlement and money laundering, freezing most of her bank accounts a month later.

Just like Jho Low, Dos Santos discovered that baseless claims of political motivation will only get you so far.

Nirav Modi represents a further example of this rising trend. As the central figure in an alleged $2bn fraud case that rocked India’s state-owned Punjab National Bank, Modi also sought to avoid conviction by claiming the allegations against him were politically driven. Accused of improperly receiving almost $2bn-worth of cash advances, Modi applied for political asylum in the UK, arguing his prosecution was driven by the Indian authorities’ desire to present themselves as having zero tolerance for corruption. Once more, this defence tactic failed to secure freedom, with the fraudster remaining to this day in Wandsworth Prison in London.

Political incentive continues to be the go-to card for legal representatives of alleged criminals around the world. Others who have unsuccessfully jumped onto the bandwagon include South American drug lord, Walid Makled, convicted former Macau billionaire Ng Lap Seng, Azerbaijani fraudster Jahangir Hajiyev, Pakistani politician Nawaz Sharif who is accused of corruption, and alleged US tax-evader and former Trump adviser Allen Weisselberg.

The claim certainly does seem to slow down prosecutors. The Ananyev brothers, who were once firmly a staple of the Moscow elite and two of the largest sponsors of the Russian orthodox church, have effectively used the assertion to dodge jailtime since 2017, when Russian authorities put out a warrant for their arrest and charged them with money-laundering and embezzlement of $1.6bn.

The brothers, who both fled Russia shortly afterwards, had allegedly siphoned off massive sums of money from the reserves of their own bank, Promsvyazbank, as well as defrauded hundreds of the bank’s clients out of their life savings, moving the money via a complex web of offshore holdings. Their activities caused over $4bn worth of damages to their former bank, and also required tax payer bailouts to the tune of $3.5 billion.

Resorting to extreme lengths to avoid extradition and prison – having become embroiled in Cyprus’s golden passport scandal and hidden assets in spaghetti-structured offshore companies – the Ananyev brothers have made the claim that they are victims of a political plot central to their defence tactics. They blame the charges against them on Russia’s security agencies and the “oppressive machine of the state”.

Despite their objections, it appears time is running out for the Ananyev brothers, unable to return to Russia, the duo currently face a string of lawsuits brought various parties including former clients of PSB who are using new evidence to bring cases against them in Switzerland and London.

In recent years, fraudsters have become increasingly creative, adopting spurious tactics in an attempt to evade justice. But as these cases demonstrate, playing the political victim card will rarely protect you from the long arm of the law.