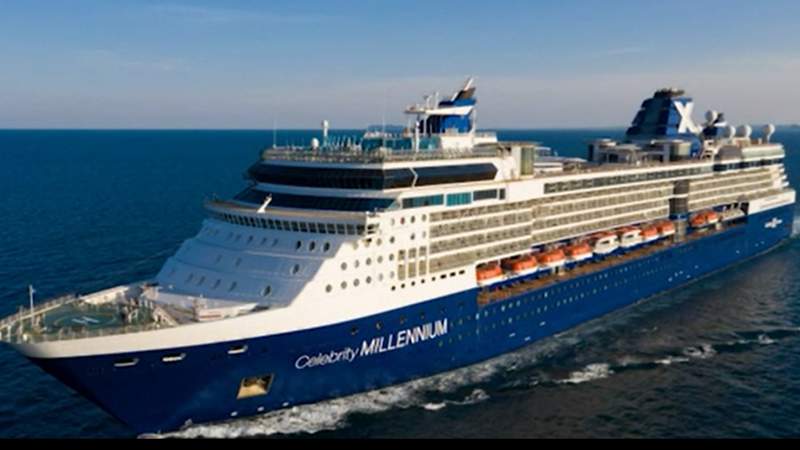 Two passengers aboard the Celebrity Millenium, owned by Royal Carribean Cruises Ltd. (NYSE: RCL), have tested positive for COVID-19. This ship set sail last Saturday from St. Maarten with 500 passengers on board.

The voyage had marked one of the first times a cruise liner set sail out of North America since the height of the pandemic. Royal Caribbean had set strict guidelines for its new voyages, requiring all crew members and passengers over the age of 16 to show proof of full vaccination and present a negative COVID test three days before departing.

As the ship made its return to St. Maarten, the passengers, who shared a room together, tested positive as the staff conducted an end-of-cruise COVID screening.

The two are asymptomatic but have been placed in isolation until the ship is scheduled to return to St. Maarten on Saturday. “We are conducting contact tracing, expediting testing for all close contacts, and closely monitoring the situation,” the company stated.

The positive tests of course came as a surprise considering that Royal Caribbean’s health standards have exceeded the CDC’s recommendation of at least 95%of passengers being fully vaccinated.

“Every measured step was taken to ensure that we protect the health and safety of our guests, crew, and the residents of this treasured destination and we are thankful,” the Company commented on Twitter.

Unlike last year’s disastrous outbreaks which left cruise liners stranded at sea for several weeks, passengers aboard the Millenium have said that normal activities have thus far resumed despite the positive tests. Royal Caribbean has also announced that there have been no plans to alter any voyages scheduled in the near future.

Meanwhile, the number of new daily COVID-19 cases and deaths in the U.S. jumped to the highest levels in more than two weeks, as there were at least 26,076 new cases of coronavirus-borne illness in the U.S. on Friday, up from 13,981 on Thursday, as per reports.

The new daily case and death counts were the highest since May 27 as the number of U.S. states showing an increase in the weekly trend ticked up to 13, as of Saturday morning, from 12 on Friday.

China, where the virus was first reported late in 2019, has had 103,323 cases and has held steady at 4,846 deaths, according to its official numbers, which are suspiciously held to be underreported.