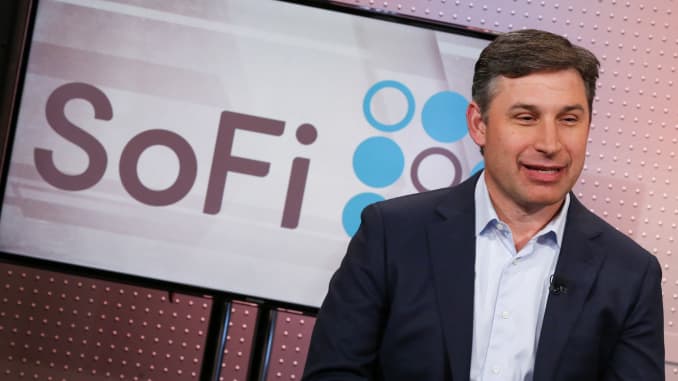 The deal values SoFi at around $8.65 billion and is expected to provide up to $2.4 billion in cash proceeds to San Francisco-based SoFi.

Units of Social Capital Hedosophia Holdings Corp V had jumped as much as 47.9% following the report and were trading up 29.7% at $15.72 before the stock was halted.

Founded in 2011, SoFi capitalized on the retrenchment of banks from large swaths of consumer lending in the aftermath of the 2008 financial crisis.

It started with refinancing student loans and expanded into mortgages and personal loans. The company said in October it had received preliminary, conditional approval from the U.S. Office of the Comptroller of the Currency in its application for a national bank charter.

The company has also branched out into stock trading and cash management accounts.

“The new investments and our partnership with Social Capital Hedosophia signify the confidence in our strategy, the momentum in our business, as well as the significant growth opportunity ahead of us,” SoFi Chief Executive Anthony Noto said in a statement.

Biden’s victory combined with effective control of both the Senate and House of Representatives will make it easier for the Democrats to pass sweeping stimulus programs. These measures could help to reinvigorate the economy, which would be a boon for banks.

Airbus at top spot despite 34% drop in jet deliveries