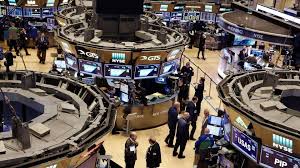 The big picture for the world of business and stock indicated that the Asian equities finished the day lower, led by the 2.1% drop in Hong Kong’s Hang Seng and the 1.6% move lower in South Korea’s Kospi.

China’s Shanghai Composite fared somewhat better, slipping 0.5%, following November PMI data that came in better than both expectations and U.S. futures point to a decline when those markets open later.

The implied sell-off in U.S. equities caps a double-digit November move for the major equity indices, led by the 20.6% climb in the Russell 2000, followed by the 12.9% move in the Dow Jones Industrial Average and the 11.9% gain in the Nasdaq Composite Index.

For some perspective, those November moves pulled the Russell 2000 and the Dow into positive territory on a year-to-date basis, up 11.2% and 4.8%, respectively, while the Nasdaq Composite Index is tracking to finish the first 11 months of the year up around 40%.

European markets inched lower on Monday but turned in their best monthly performance in several years on Brexit trade deal hopes and expectations for the first wave of vaccinations before the end of 2020.

The following are the Stocks to Watch in the month of December:

Moderna shared it will request emergency clearance from the Food and Drug Administration for its coronavirus vaccine as soon as today following new data that confirms its vaccine is more than 94% effective in preventing Covid-19 and was safe.

JetBlue (JBLU) announced its flown capacity for the current quarter is now expected to decrease between 45%-50% YoY compared to its previous planning assumption of a decrease of approximately 45% YoY.

UK will ban the installation of 5G equipment from China’s Huawei Technologies Co. by the end of September 2021. as reported by Bloomberg. Companies to watch on this news include Ericsson (ERIC), Nokia (NOK), Cisco Systems (CSCO), and Samsung (SSNLF).

The House of Representatives is scheduled to vote this week on whether certain Chinese companies listed on U.S. exchanges can continue to remain listed. Companies that could be affected include Alibaba (BABA), Tencent Holdings (TCEHY), Baidu Inc. (BIDU), and JD.com (JD).

S&P Global (SPGI) and IHS Markit (INFO) announced they will merge in an all-stock transaction that values IHS Markit at an enterprise value of $44 billion. Under the terms of the merger agreement, which has been unanimously approved by the Boards of Directors of both companies, each share of IHS Markit common stock will be exchanged for a fixed ratio of 0.2838 shares of S&P Global common stock.

HSBC (HSBC) is reportedly considering exiting its US retail banking business to reallocate resources to more profitable businesses in Asia.

After today’s market close, Zoom Video Communications (ZM) is slated to report its quarterly results. Investors are speculating  a jump in the share price.

Both Airbnb (ABNB) and DoorDash (DASH)are set to start their IPO roadshows this week. Airbnb targets a valuation of $30-$33 billion, while DoorDash seeks $25-$28 billion.