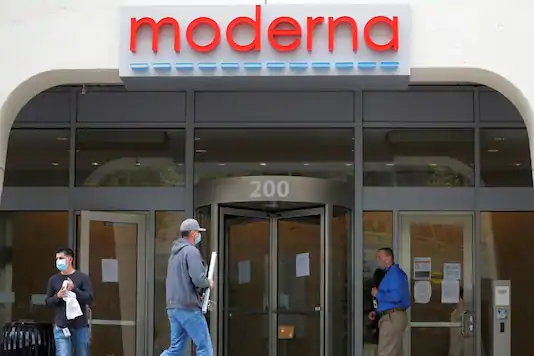 We have seen that one thing that is one everyone’s mind be it someone from the US or Europe or Asia or any other part of the world and it is to find a vaccine for the Coronavirus as soon as possible. Now, we know that developing a vaccine for this totally new virus is not easy but we are in 2020 meaning that the advances in medical technology can help us FastTrack the process. Having said that, we are already seeing progress being made in this department by companies such as Moderna as well as Gilead who has already developed Remdesivir to fight the virus.

But hopes were very high on Moderna because it said that their Coronavirus vaccine was in the final stages of testing before being released to the world. However, there is a huge setback for Moderna because of the reports that their vaccine trials have been delayed which were in “late-stage”. This should mean that the vaccine will also be delayed as to when the trials get completed and this means investors trust has been lost. Those who were hoping for Moderna to be the first to develop a vaccine for the virus have also shown their disappointment.

This is after there was a massive 9.4% decline in Moderna’s stocks once this report came out regarding the delay. Although the report mentions that the late-stage trials of Moderna’s vaccine might be delayed by a few weeks, it is still a setback for the company and their investors.

On this report, Moderna CEO said that “we have always said July. And I confirm July.” claiming that their vaccines will still be tested for the late-stage on as much as 30,000 patients in July but it is most probably late July now rather than early July as was hinted at earlier. After the response from CEO, shares of the company gained momentum and recovered to 5% down at close.

4.8M jobs were added to the US economy last month as per jobs report