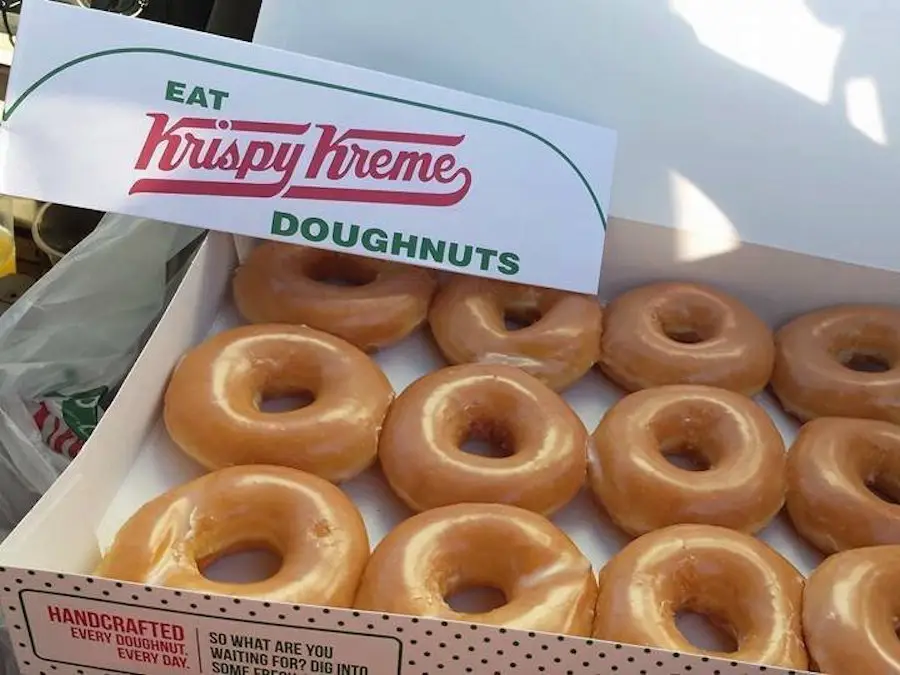 We reported about the Krispy Kreme incident involving a US teen who has to be acknowledged for his entrepreneurship brains. So the incident is such that a US teen from Minnesota named Jayson Gonzalez would drive to Iowa every week where the nearest Krispy Kreme store is and he would then buy 100s of boxes of Krispy Kreme doughnuts to take back with him. However, these doughnuts would then be sold by him to customers back in Iowa and he himself revealed that some customers would even spend 100s of dollars for the doughnuts.

Now, this is a clear case of filling the gap between demand and supply. The student would take $15 to $20 more per each box in exchange for the trip that he just made to ruin the weekend and do business for himself and his family. However, Krispy Kreme took offence to this when the story was published last week in a local newspaper. As per yesterday’s report, Krispy Kreme ordered the student to stop selling the doughnuts and the student agreed to it as well. But Krispy Kreme has now said that they will allow the student to continue with his resale service. Now, we believe that there has been some agreement made by the Krispy Kreme team and Minnesota student.

Krispy Kreme has revealed that they will allow Jayson to work as an independent operator for them. They have also announced that 500-dozen doughnuts will be given to him as a donation for his work. This means that he will get 500 boxes of doughnuts when he restarts his service which he can then resell and make money. However, we are not sure if Krispy Kreme told Jayson for limits regarding how many doughnuts he can carry and also about the extra he charges on every box of doughnuts.

Related Topics:Krispy Kreme
Up Next

Losses due to the US-China trade war reach tens of billions of dollars: Report