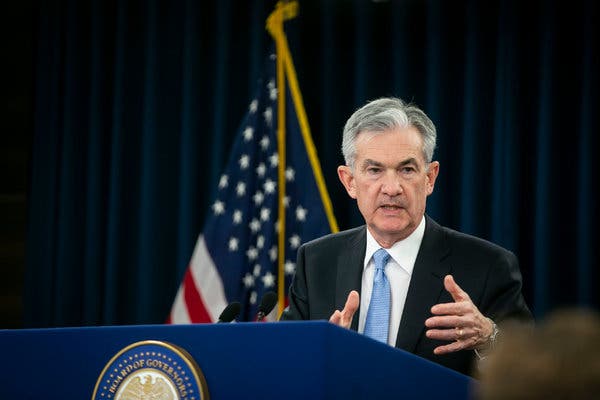 Most economists and market experts think the Fed’s low-inflation bet is a safe one – for now.

One of the main reasons Federal Reserve officials don’t fear it is the belief that they have tools to deploy should it become a problem. However, the tools come with a cost and can be deadly to the kinds of economic growth periods the U.S. is experiencing.

Hiking interest rates is the most common way the Fed controls inflation. It’s not the only weapon in the central bank’s arsenal, with adjustments to asset purchases and strong policy guidance also at its disposal, but it is the most potent.

It’s also a very effective way of stopping a growing economy in its tracks.

“The Fed made clear this week that it still has no plans to raise interest rates within the next three years. But that apparently rests on the belief that the strongest economic growth in nearly 40 years will generate almost no lasting inflationary pressure, which we suspect is a view that will eventually be proven wrong,” Andrew Hunter, senior U.S. economist at Capital Economics, commented.

As it pledged to keep short-term borrowing rates anchored near zero and its monthly bond purchases humming at a minimum of $120 billion a month, the Fed also raised its gross domestic product outlook for 2021 to 6.5%, which would be the highest yearly growth rate since 1984.

The Fed also fumbled up its inflation projection to a still rather mundane 2.2%, but higher than the economy has seen since the central bank started targeting a specific rate a decade ago.

A lot of factors are keeping inflation in check. Among them are the inherently disinflationary pressures of a technology-led economy, a jobs market that continues to see nearly 10 million fewer employed Americans than a decade ago, and demographic trends that suggest a longer-term limit to productivity and price pressures.

Another package could be coming later this year in the form of an infrastructure bill that Goldman Sachs estimates could run to $4 trillion. Combine that with everything the Fed is doing plus substantial global supply chain issues causing a shortage of some goods and it becomes a recipe for inflation that, while delayed, could still pack a punch in 2022 and beyond.

The bond market has been showing warning signs about possible inflation for much of 2021. Treasury yields, particularly at the longer maturities, have surged to pre-pandemic levels

That action in turn has raised the question of whether the Fed again could become a victim of its own forecasting errors.

The Jerome Powell-led Fed already has had to backtrack twice on sweeping proclamations about long-term policy intentions.