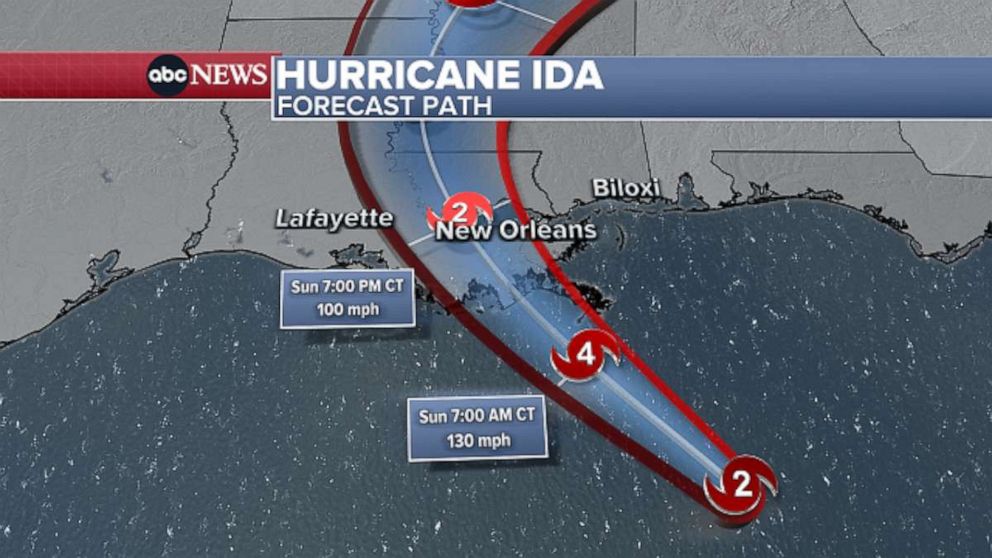 Hurricane Ida caused havoc in Louisiana on Sunday as a Category 4 storm with winds of 150 miles per hour, one of the strongest storms to hit the region since Hurricane Katrina, as per the National Oceanic and Atmospheric Administration, prompting the U.S. administration to declare a state of emergency for Louisiana and Mississippi.

The move authorizes the Department of Homeland Security and Federal Emergency Management Agency (FEMA) to coordinate all disaster relief efforts.

Ida made landfall on the anniversary of Katrina, the dangerous Category 3 storm that devastated Louisiana and Mississippi 16 years ago, killing more than 1,800 people and causing $125 billion in damage.

Almost 450,000 homes and businesses blacked out across Louisiana as of 4:05 p.m. local time on Sunday, according to Poweroutage.us, which tracks utility outages. New Orleans may be without power and air conditioning for more than three weeks according to utility owner Entergy Corp. The blackouts were concentrated in the southeastern tip of the state that includes New Orleans and where Ida made its U.S. landfall.

The hurricane has also triggered concerns about the city’s hospitals, which are already overwhelmed with Covid-19 patients and have little room for evacuated patients. Shelters in Louisiana will run at reduced capacities due to the pandemic, though state officials are working to secure hotel rooms for evacuees.

All Sunday flights were also canceled. U.S. gas futures jumped and oil advanced as the situation has disrupted energy supplies.

Gasoline for October surged as much as 4.4% in New York as electronic trading resumed after the weekend break, while West Texas Intermediate was 0.7% higher. Last week, WTI rallied 10% as investors wagered global demand would weather the setback posed by the spread of the delta coronavirus variant.

Refiners including Valero Energy Corp. and Marathon Petroleum Corp. had already shut about 12% of U.S. oil-processing capacity as a precaution.

Gasoline prices in the southeast U.S. could climb heading into the end of summer if refineries suffer extensive damage or can’t get power and are forced to stay shut for an extended period, adding to the price inflation hitting Americans.

“For a Category 4, you could be looking at four to six weeks or more of downtime for the refineries,” said Andy Lipow, president of Lipow Oil Associates LLC in Houston.

Both crude oil and gasoline have been hit by volatile trading this month as investors weighed the challenge to consumption posed by the delta variant, which spurred speculation the Organization of Petroleum Exporting Countries and its allies may pull back from a plan to add supplies.

Following last week’s surge, coupled with the added lift to prices from the hurricane’s fall-out, the producers’ alliance is expected to go ahead with an increase when it meets on Sept. 1.