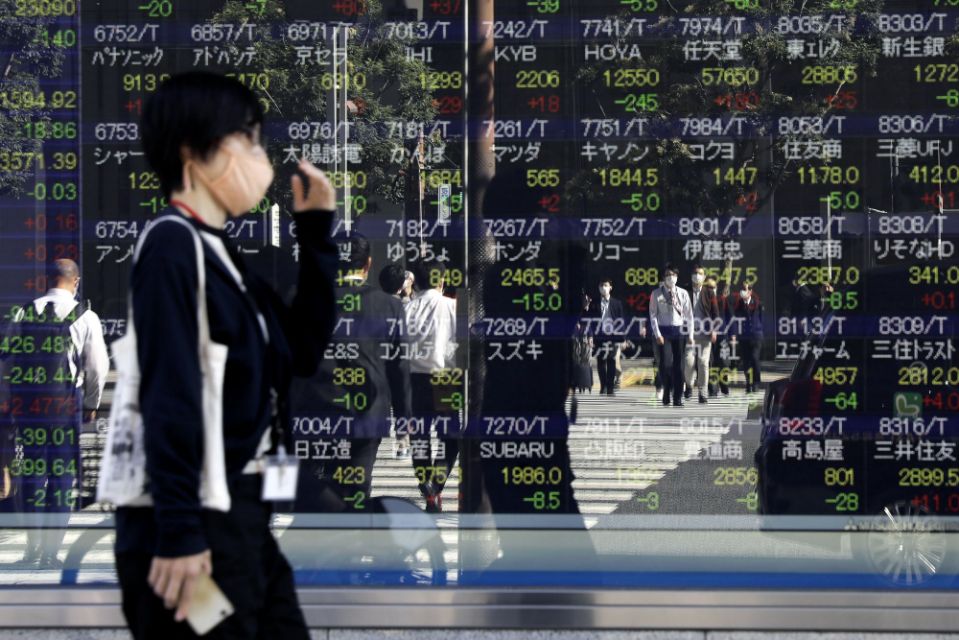 Global shares held firm on Tuesday, with a solid foundation in place to extend their bull run to a 12th consecutive session as optimism about the global economic recovery and expectations of low-interest rates drive investments into riskier assets.

Although Wall Street was closed on Monday, all three benchmarks logged record-high closes in the last session. February’s blistering gains ahead of Tuesday’s trading on Wall Street has sent the Dow, S&P 500, and Nasdaq up nearly 4.7%, 5.4%, and 7%, respectively.

MSCI’s broadest index of Asia-Pacific shares outside Japan ticked up 0.1% while Japan’s Nikkei rose 0.4% to a 30-year high. S&P500 futures traded 0.5% higher to a record level and MSCI’s all-country world index (ACWI), which has risen every single day so far this month, ticked up slightly.

Successful rollouts of COVID-19 vaccines in many countries are raising hopes of further recovery in economic activities hampered by a range of anti-virus curbs.

The bullish view on the economy lifted bond yields, with the 10-year U.S. Treasuries gaining 5 basis points to 1.252% in early Asian trade, its highest since late March.

Investors are looking to the minutes from the U.S. Federal Reserve’s January meeting, due to be published on Wednesday, for confirmation of its commitment to maintaining its dovish policy stance over the near future. That in turn is set to keep a tab on bond yields.

Oil prices soared to a 13-month high as a deep freeze due to a severe snowstorm in the United States not only boosted power demand but also threatened oil production in Texas. U.S. crude futures traded up 1.1% at $60.11 per barrel.

Rising oil prices supported commodity-linked currencies such as the Canadian dollar while safe-haven currencies including the U.S. dollar took a back seat. The British pound held firm at $1.3910, staying at its highest levels since April 2018.

The world’s largest cryptocurrency by market value surged more than 5% to an all-time high of $49,716. The digital asset reversed course Monday, sinking 2.4% in the last 24 hours to a price of around $47,925.

With the investor mood turning bullish,  the week will be interesting as earnings roll on with companies such as BHP Group, Daimler, Credit Suisse, Deere, Danone, and Nestle.