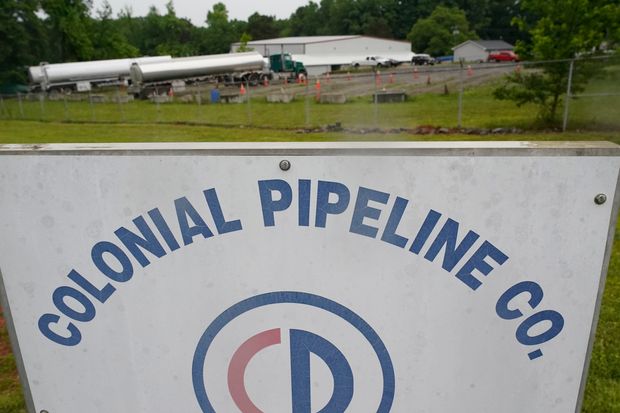 U.S. stocks were back near session lows yesterday as the Dow Jones Industrial Average widened its loss to more than 600 points.

Adding much fuel to the fire was a bigger-than-expected increase in U.S. consumer prices which has put investors on high alert for more signs of inflationary pressure that could tilt the Federal Reserve toward raising interest rates.

Several investors said the consumer price index report released on Wednesday was not enough to prompt the Fed to change its course. But the news, which fueled worries that the economy is moving toward sustained higher inflation, rattled markets as The Dow Jones Industrial Average fell 681.50 points, or 2%, to 33,587.66, posting its worst day since January.

American Express (AXP), Boeing (BA), Chevron (CVX), and Disney (DIS) were among blue chips down more than 2% each as Home Depot (HD) shed 3.6% in heavy trade, on pace to halt a three-session advance.

The stock of Domino’s Pizza jumped more than 3% to its high of the day around $435 apiece following billionaire investor Bill Ackman’sannouncement that his hedge fund built a 6% stake in it swapping out its Starbucks bet. Starbucks shares fell 2.3% on Wednesday.

Tesla stock dipped nearly by 5% as its CEO Elon Musk tweeted that it will stop using Bitcoin as a form of payment over concerns of the cryptocurrency’s impact on fossil fuels. Musk said that the electric car company would not be selling Bitcoin and will look into other cryptocurrencies that use less than 1% of Bitcoin’s energy.

Meanwhile, Colonial Pipeline restarted operation after a ransomware attack last week forced the entire system offline on Friday evening. The company did warn, however, that its pipeline would not be fully functional immediately.

The pipeline is a critical part of U.S. petroleum infrastructure, transporting around 2.5 million barrels per day of gasoline, diesel fuel, heating oil, and jet fuel. The pipeline stretches 5,500 miles and carries nearly half of the East Coast’s fuel supply. The system also provides jet fuel for airports, including in Atlanta and Baltimore.

The disruption had caused long lines at gas stations in the Southeast due to distribution problems and panic-buying, draining supplies at thousands of gas stations.

Given the importance of the pipeline, there was swift action from Washington, in what officials called a “comprehensive federal response.”

The national average price for a gallon of gasoline ticked above $3 for the first time for 2016 Wednesday.