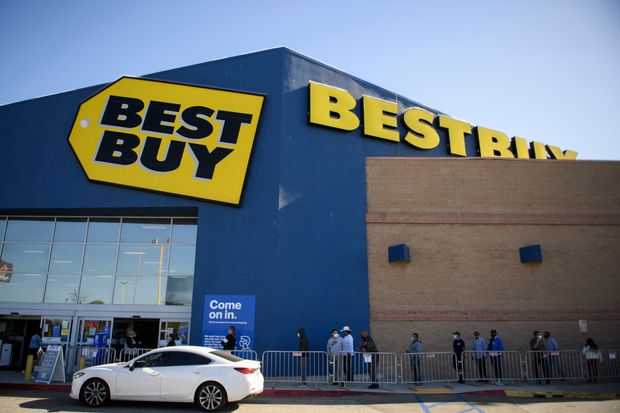 Wall Street ended higher after new jobless claims economic data reports on Thursday fell for a fourth straight week, further underscoring the strength of the post-pandemic economic rebound, with some strategists suggested that cyclical and value stocks remain an area of opportunity for investors, even as tech stocks outperformed.

Major indexes are on track to end the week with gains as investors grow more comfortable with the idea that the Federal Reserve will maintain its supportive monetary policy despite near-term inflation as the economy heals from its pandemic-induced slowdown.

The Dow outperformed, adding more than 100 points, or 0.4%. The S&P 500 also increased, while the Nasdaq flipped into slightly negative territory.

Shares of work-from-home software stocks Okta (OKTA) and Workday (WDAY) slid despite each posting first-quarter results that beat estimates, with Okta announcing the departure of its chief financial officer.

Nvidia (NVDA) shares were also off slightly even after posting estimates-topping first-quarter results, as the semiconductor company indicated that chip shortages would likely constrain supply in the second half of the year.

Boeing stock was up 3.9% and so was Caterpillar with an early 2% gain. Salesforce stock was keenly observed as its first-quarter report is expected tomorrow. Tesla stock rallied almost 1% on pace to add to Wednesday’s sharp rise as stock touched its highest level since May 10.

Meanwhile, Best Buy, the U.S. multinational consumer electronics retailer, announced that its sales had skyrocketed 36% throughout the fiscal first quarter as consumer demand spiked for technology and home products.

The results were the best in the company’s memory and surpassed the 2019 results as it reported earnings of $ 2.23 per share, compared to the expected $1.39 a share as revenue climbed to $ 11.64 Billion.

Barry said on Thursday’s earnings call that the company is trying to better understand the role of stores in the future and has started to test different formats. It is piloting a store with a smaller sales floor and a larger backroom to fulfill online orders. It also opened a more experiential store in Houston where customers can try gaming and fitness merchandise, check out premium home theater setups and consult with a larger Geek Squad team.