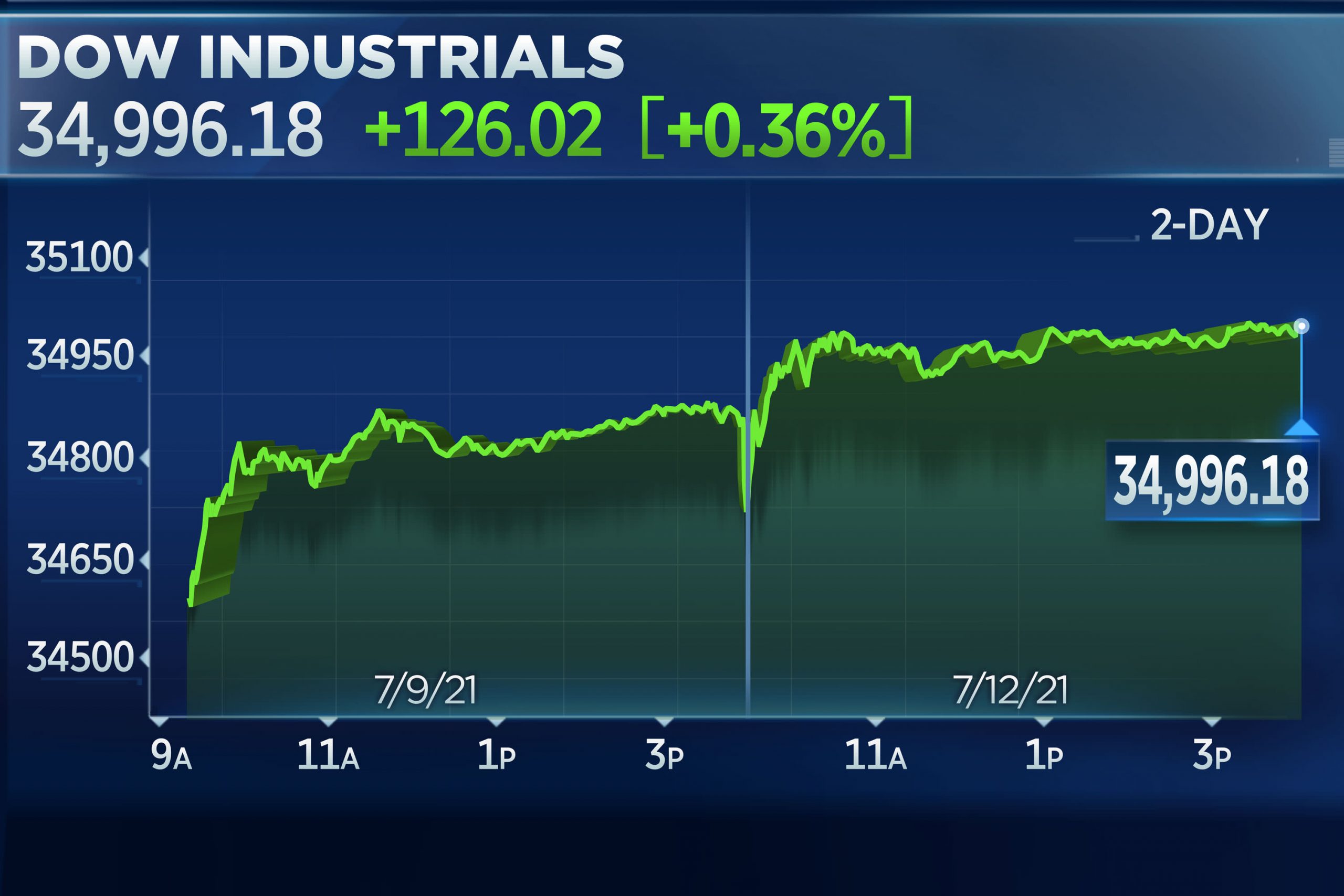 The Dow Jones Industrial Average closed above the 35,000 level for the first time on Friday as the market continued to roar back from its short-lived swoon on Monday reversing the sell-off.

On Monday, the Dow slid roughly 725 points, or more than 2%, as anxiety mounted over the Delta variant of the coronavirus as investor confidence was hit.

By Tuesday, stocks sharply reversed course, kicking off a four-day streak of gains. With Monday’s pullback in the rearview mirror, investors turned their attention to a string of strong earnings. Meanwhile, across other asset classes, Treasury yields recovered after also sliding Monday. Oil markets ended the week with gains after plummeting sharply to start the week, too.

Wall Street has climbed now for four straight days, as big companies reported better profits than expected with a continuous gain in investor confidence seen across a spectrum of industries.

As reported earlier, communications stocks have led the way after Twitter reported results that crossed Wall Street’s forecasts on growing advertising demand. It climbed 3%. Snap, the parent company of social media app Snapchat, soared 23.8% after reporting results that were much better than forecasted by experts.

Concerns have been rising about inflation, which has burst higher recently. But companies have nevertheless been able to maintain their profits, often by raising their own prices.

Schlumberger Ltd. shares were up 1.5% after the oil services company reported second-quarter profit and revenue beat expectations, and said it expects the momentum of international activity growth to continue despite concerns over re-surgence of COVID-19-related disruptions.

Lagging the market were shares in banks, energy, auto, travel and biotech.

Some of the stocks that took a hit include General Motors, which fell 1.3% after it recalled its Chevy Bolt electric car and Honeywell International, which also 1.5%.

Talks on a possible compromise on a $1.2 trillion bipartisan infrastructure bill are scheduled to continue next week after failing a full Senate vote on Wednesday. The bill would provide funding to update physical infrastructure throughout the nation and any positive outcome is likely to fuel another rally in the markets.