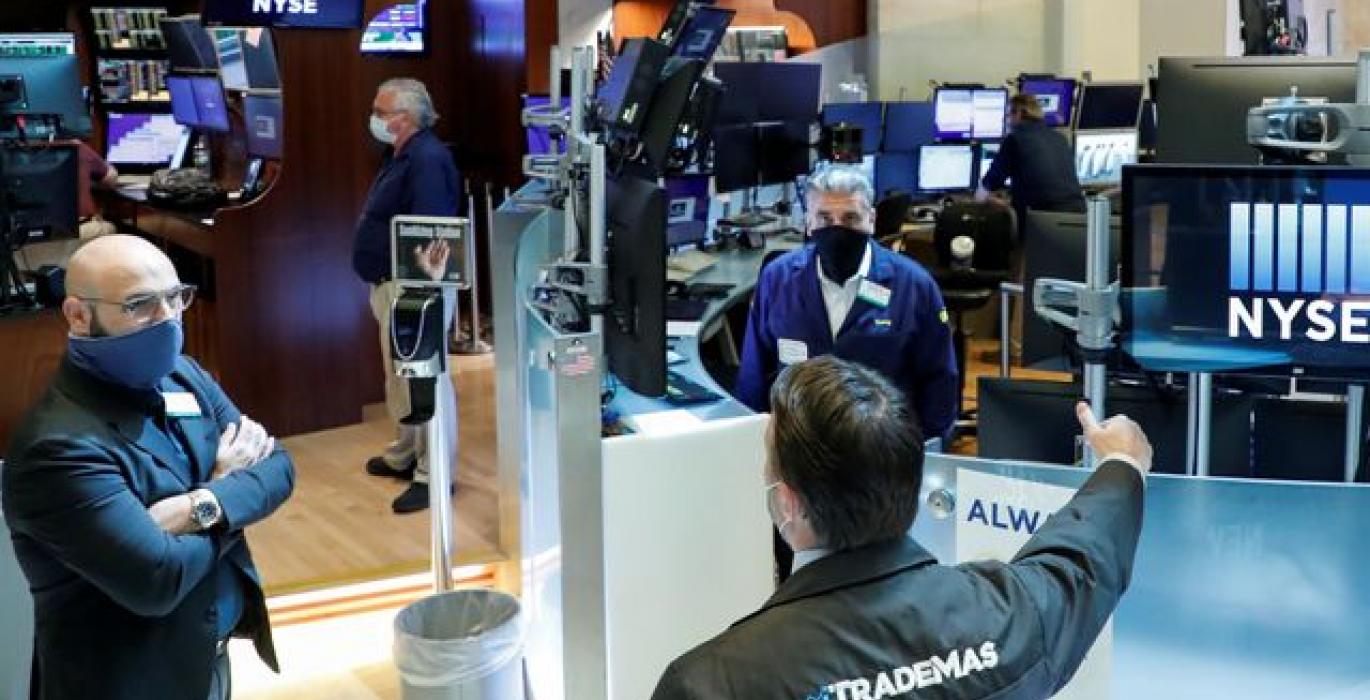 The  Dow breached the 30,000 level for the first time and the U.S. stocks rallied on news of the COVID 19 virus vaccine progress and the formal clearance for President-elect Joe Biden’s transition to the White House.

Of the 11 major S&P sectors, 10 gained ground, led by economically sensitive stocks such as financials.SPSY, materials.SPLRCM and energy.SPNY, while industrials.SPLRCI hit a record.

President Donald Trump finally admitted defeat and gave signals for or the formal transfer of power to begin on Monday, a process that was delayed for weeks despite Democrat Joe Biden emerging as the clear winner in the U.S. elections.

The General Services Administration told Biden he could formally begin the handover process.

Sentiment this week was also boosted by reports that Biden planned to nominate former Federal Reserve Chair Janet Yellen as Treasury Secretary, which could shift the focus heavily toward efforts to tackle growing economic inequality.

Recent data suggesting a COVID-19 vaccine could be available before the end of the year has put the S&P 500.SPX on course for its best monthly performance since April and sparked demand for value-linked stocks that were hammered following the coronavirus-driven crash earlier this year.

A little bit of decreasing uncertainty on the election front, the market seems pretty favorable on the Yellen announcement, it just seems like one of those good days where all things are moving a little higher,” said Ross Mayfield, investment strategy analyst at Baird.

He further added, “If 2020 has shown us anything it is that stock markets have a tremendous ability to look past bad news if there is sun on the horizon.”

The Dow rose as high as 30,116.51 during the session and the S&P 500 also closed at a record high. While the 30,000 mark represents a psychological milestone, it means little to professional investors.

U.S. officials said on Tuesday they plan to release 6.4 million COVID-19 vaccine doses nationwide in an initial distribution after the first one is cleared by regulators for emergency use.

Electric-car maker Tesla IncTSLA.O jumped 6.43% to boost its market value to over $500 billion, as investors lapped up its shares in the run-up to its addition to the S&P 500 index. In aviation stocks, Boeing Co BA.N gained 3.29% after European regulators gave draft approval to its 737 MAX jets, paving the way for a formal flight clearance in January.

Advancing issues outnumbered declining ones on the NYSE by a 3.16-to-1 ratio; on Nasdaq, a 2.09-to-1 ratio favored advancers.

The S&P 500 posted 56 new 52-week highs and no new lows; the Nasdaq Composite recorded 197 new highs and 12 new lows. Volume on U.S. exchanges was 14.18 billion shares, compared with the 11.18 billion average for the full session over the last 20 trading days

With the coronavirus cases breaching the figure of more than a  lakh per day for nearly two weeks now, millions of Americans still unemployed, some analysts suggested the U.S. stock market could be prone to a pullback and volatility from record levels in the next few months.