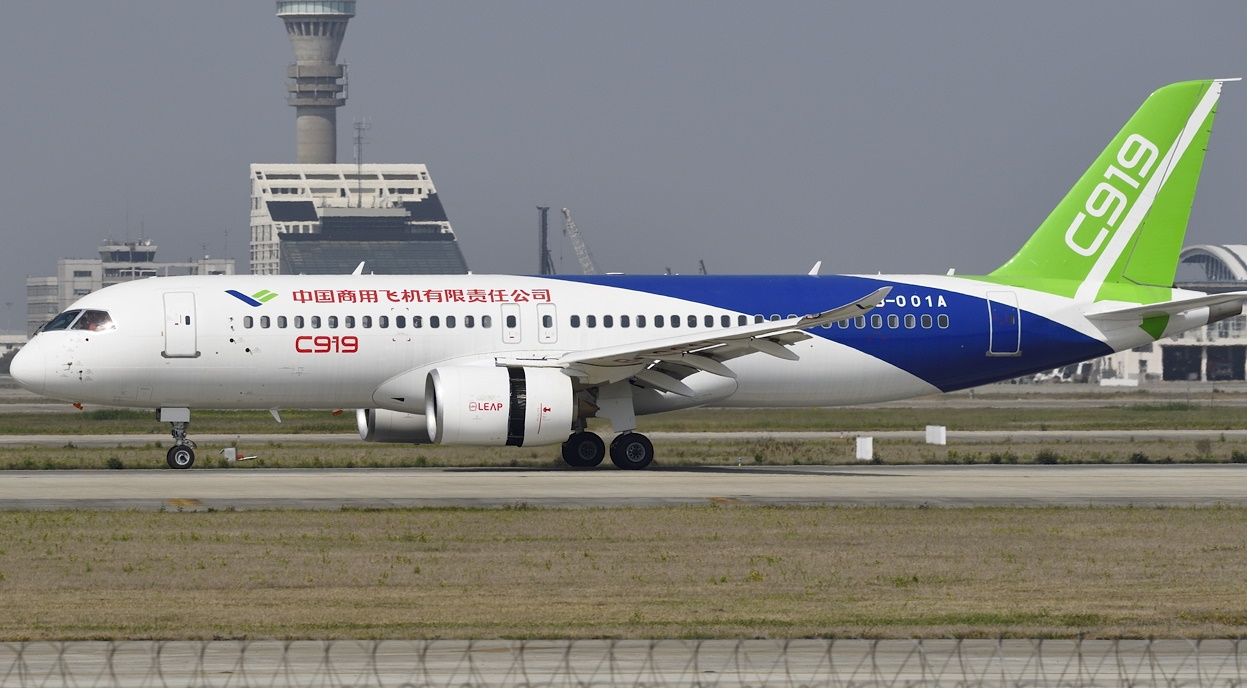 Commercial Aircraft Corp of China (COMAC) has mostly finalized the design of its C919 narrowbody jet, paving the way for China’s aviation regulator to oversee final flight testing, the manufacturer said on Friday.

The C919 made its maiden flight back in 2017 and had attracted interest from Chinese airlines. The C919, which can seat up to 168 passengers, is meant to compete in the market for single-aisle jets dominated by  Airbus A 320 and Boeing 737.

China took a big step forward in the aircraft manufacturing business in 2008 with the formation of COMAC (the Commercial Aircraft Corporation of China). COMAC is a state-owned company, incorporated and producing aircraft in Shanghai.

The jet would see challenging times ahead as both Airbus and Boeing are sitting on a pile of inventory due to the COVID 19 slowdown of the hospitality and aviation sector. With discounts being offered, it would be a challenge for the Chinese counterpart to break into and dent a powerful decades-old Western duopoly.

China’s answer to the Boeing-Airbus duopoly on passenger jets still has hurdles to overcome to meet its planned roll-out next year, and not all analysts think it will arrive on time. The administration of US president-elect Joe Biden is likely to continue the Trump administration’s effort to contain China technologically, despite the easing of some concerns about the acquisition of key American components needed for its home-grown C919 passenger jet, according to analyst predictions.

COMAC said the Civil Aviation Administration of China (CAAC) has issued the C919’s Type Inspection Authorisation, meaning there could no longer be major adjustments to the aircraft structure. It further expects to obtain an airworthiness certificate for the C919 from China’s aviation regulator next year, which would allow it to begin delivering the jet to domestic airlines.

China was the first country to ground Boeing’s 737 MAX following two fatal crashes. Even when the ban has been revoked by the US  authorities recently, yet it has not set a timetable for the jet’s return to service.

A big test for the C919 is whether it will see service with non-Chinese airlines. There is potential, especially with Southeast Asian or African airlines. Trading relationships are strong between China and many countries.

And if it is offered at a lower price than Airbus and Boeing aircraft, it could be an appealing proposition. Right now, Chinese airlines are reliant on US- and European-made jets.