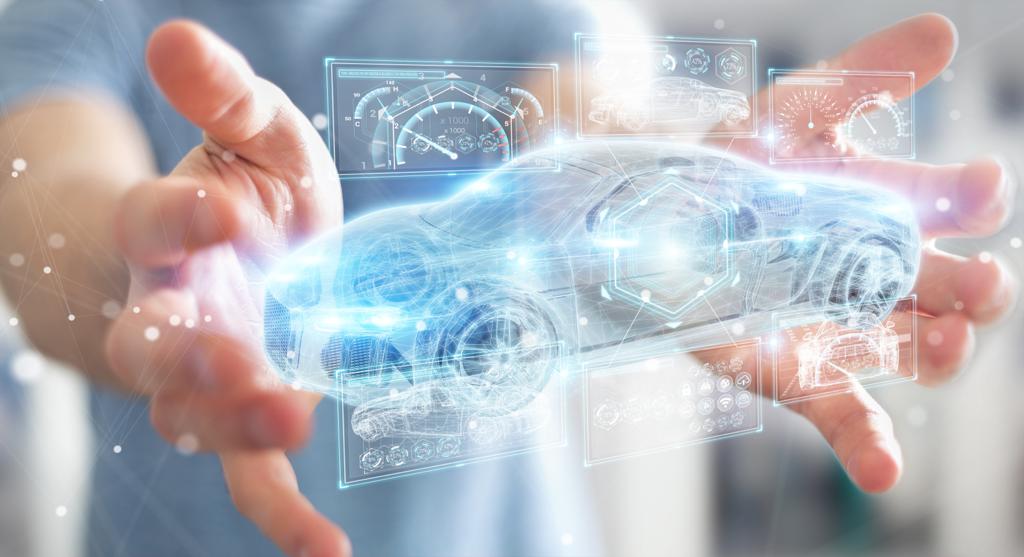 Awareness around sustainability has steadily increased during the past decade, and as the global pandemic recedes the attention of world leaders has focused back onto climate change and the global commitments made during the Paris Climate Agreement. The Accords are fuelling a shift in the automotive industry as governments continue their commitment to hitting ambitious decarbonization targets. With electric vehicles offering gas-free transportation and the possibility of operating 100% on sustainable, renewable resources—depending on how the electric power is produced—the push towards EV-friendly policies on a universal scale is underway. Eco-conscious auto manufacturers and countries like Norway and South Korea—both of which have bans on new gas cars after 2025—are ushering in a cleaner, more efficient EV future. Although mass adoption of EVs will not be immediate, many key players are making moves to bring this new world into reality. Wejo, a leader in the connected car data space, has partnered with top cloud data vendor Palantir to expedite the EV revolution.

The venture-backed cloud data platform is driven by security, efficiency, optimization, and sustainability. Its forward-thinking ethos coupled with strategic partnerships with tech leaders, including Palantir and Sompo, has resulted in rapid growth. Through an agreement with Virtuoso Holdings (NASDAQ: VOSO), Wejo will be going public under its own listing in the coming months. And the timing could not be better. With demand for EVs exponentially increasing, so is the need for innovative technological infrastructure, a space where Wejo’s unique data asset plays a key role. Through Wejo ADEPT, its cutting-edge data engine, the company is transforming car data-sharing, turning billions of data points from over 11 million cars into invaluable information. Naturally, as more EVs join the road, the need for data collecting and data sharing will increase, allowing for a more comprehensive view of the road, a deeper understanding of driver behaviors, and of course, reducing emissions. “Ultimately, every journey creates new data, and we believe in our ‘Data for Good’™ products, and in ensuring privacy and security,” says Wejo CEO and Founder Richard Barlow.

To help usher in an EV-dominated world greater access to charging stations is crucial. This major speedbump on the road to going electric, is one of Wejo’s main focuses. With the proliferation of charging stations, which are being placed at optimal points based on strategic analysis of driving data—whether in a bustling metropolis or suburban neighborhood—the main barrier to entry into the electric vehicle market continues to dissolve. Wejo’s advisory data enables cities and states to build the charging infrastructure that citizens need, enabling more and more people to drive EVs further than previously imagined. Today, the average EV journey is ten miles in the U.S., but with Wejo’s vital findings cities and states can develop better infrastructure, and therefore reduce range anxiety, and prevent “charging deserts”, enabling drivers to go further and greener.

As we approach an EV-powered reality the possibilities are endless. While the user, or rather driver, experience is a huge sell, the positive impact EVs have on the planet is priceless. Wejo is just as driven by ecological responsibility as it is by technological innovation. By tracking EV data, every minute of every day, Wejo helps cities and citizens to accelerate the move away from gas-powered cars into a cleaner, greener, more efficient future.

This communication includes “forward-looking statements” within the meaning of the “safe harbor” provisions of the United States Private Securities Litigation Reform Act of 1995. These forward-looking statements are provided for illustrative purposes only and are not intended to serve as, and must not be relied on by any investor as, a guarantee, an assurance, a prediction or a definitive statement of fact or probability. Virtuoso Acquisition Corp.’s (“Virtuoso”) and Wejo Limited’s, a private limited company incorporated under the laws of England and Wales with company number 08813730 (“Wejo”) actual results may differ from their expectations, estimates, and projections and, consequently, you should not rely on these forward-looking statements as predictions of future events. Words such as “expect,” “estimate,” “project,” “budget,” “forecast,” “anticipate,” “intend,” “plan,” “may,” “will,” “could,” “should,” “believes,” “predicts,” “potential,” “continue,” and similar expressions (or the negative versions of such words or expressions) are intended to identify such forward-looking statements. These forward-looking statements include, without limitation, Virtuoso’s and Wejo’s expectations with respect to future performance and anticipated financial impacts of the proposed business combination, the satisfaction or waiver of the closing conditions to the proposed business combination, and the timing of the completion of the proposed business combination.

These forward-looking statements involve significant risks and uncertainties that could cause the actual results to differ materially, and potentially adversely, from those expressed or implied in the forward-looking statements. Most of these factors are outside Virtuoso’s and Wejo’s control and are difficult to predict. Factors that may cause such differences include, but are not limited to: (i) the occurrence of any event, change, or other circumstances that could give rise to the termination of the Agreement and Plan of Merger (the “Merger Agreement”); (ii) the outcome of any legal proceedings that may be instituted against Virtuoso, Wejo Group Limited, a company incorporated under the laws of Bermuda (the “Company”) and/or Wejo following the announcement of the Merger Agreement and the transactions contemplated therein; (iii) the inability to complete the proposed business combination, including due to failure to obtain approval of the stockholders of Virtuoso, certain regulatory approvals, or the satisfaction of other conditions to closing in the Merger Agreement; (iv) the occurrence of any event, change, or other circumstance that could give rise to the termination of the Merger Agreement or could otherwise cause the transaction to fail to close; (v) the impact of the COVID-19 pandemic on Wejo’s business and/or the ability of the parties to complete the proposed business combination; (vi) the inability to obtain or maintain the listing of the Company’s common shares on the Nasdaq Stock Market following the proposed business combination; (vii) the risk that the proposed business combination disrupts current plans and operations as a result of the announcement and consummation of the proposed business combination; (viii) the ability to recognize the anticipated benefits of the proposed business combination, which may be affected by, among other things, competition, the ability of Wejo to grow and manage growth profitably, and retain its key employees; (ix) costs related to the proposed business combination; (x) changes in applicable laws or regulations; and (xi) the possibility that Wejo, Virtuoso or the Company may be adversely affected by other economic, business, and/or competitive factors. The foregoing list of factors is not exclusive. Additional information concerning certain of these and other risk factors is contained in Virtuoso’s most recent filings with the SEC and is contained in the Company’s preliminary Form S-4 (the “Form S-4”), which was filed on July 16, 2021 (as amended on September 7, 2021), including the preliminary proxy statement/prospectus expected to be filed in connection with the proposed business combination. All subsequent written and oral forward-looking statements concerning Virtuoso, Wejo or the Company, the transactions described herein or other matters and attributable to Virtuoso, the Company or any person acting on their behalf are expressly qualified in their entirety by the cautionary statements above. Readers are cautioned not to place undue reliance upon any forward-looking statements, which speak only as of the date made. Each of Virtuoso, Wejo and the Company expressly disclaims any obligations or undertaking to release publicly any updates or revisions to any forward-looking statements contained herein to reflect any change in their expectations with respect thereto or any change in events, conditions, or circumstances on which any statement is based, except as required by law.

No Offer or Solicitation.

This communication is not a proxy statement or solicitation of a proxy, consent, or authorization with respect to any securities or in respect of the proposed business combination and shall not constitute an offer to sell or a solicitation of an offer to buy the securities of Virtuoso, the Company or Wejo, nor shall there be any sale of any such securities in any state or jurisdiction in which such offer, solicitation, or sale would be unlawful prior to registration or qualification under the securities laws of such state or jurisdiction. No offer of securities shall be made except by means of a prospectus meeting the requirements of Section 10 of the Securities Act of 1933, as amended, or exemptions therefrom.

Important Information About the Proposed Business Combination and Where to Find It.

INVESTMENT IN ANY SECURITIES DESCRIBED HEREIN HAS NOT BEEN APPROVED OR DISAPPROVED BY THE SEC OR ANY OTHER REGULATORY AUTHORITY NOR HAS ANY AUTHORITY PASSED UPON OR ENDORSED THE MERITS OF THE OFFERING OR THE ACCURACY OR ADEQUACY OF THE INFORMATION CONTAINED HEREIN.  ANY REPRESENTATION TO THE CONTRARY IS A CRIMINAL OFFENSE.

Participants in the Solicitation.