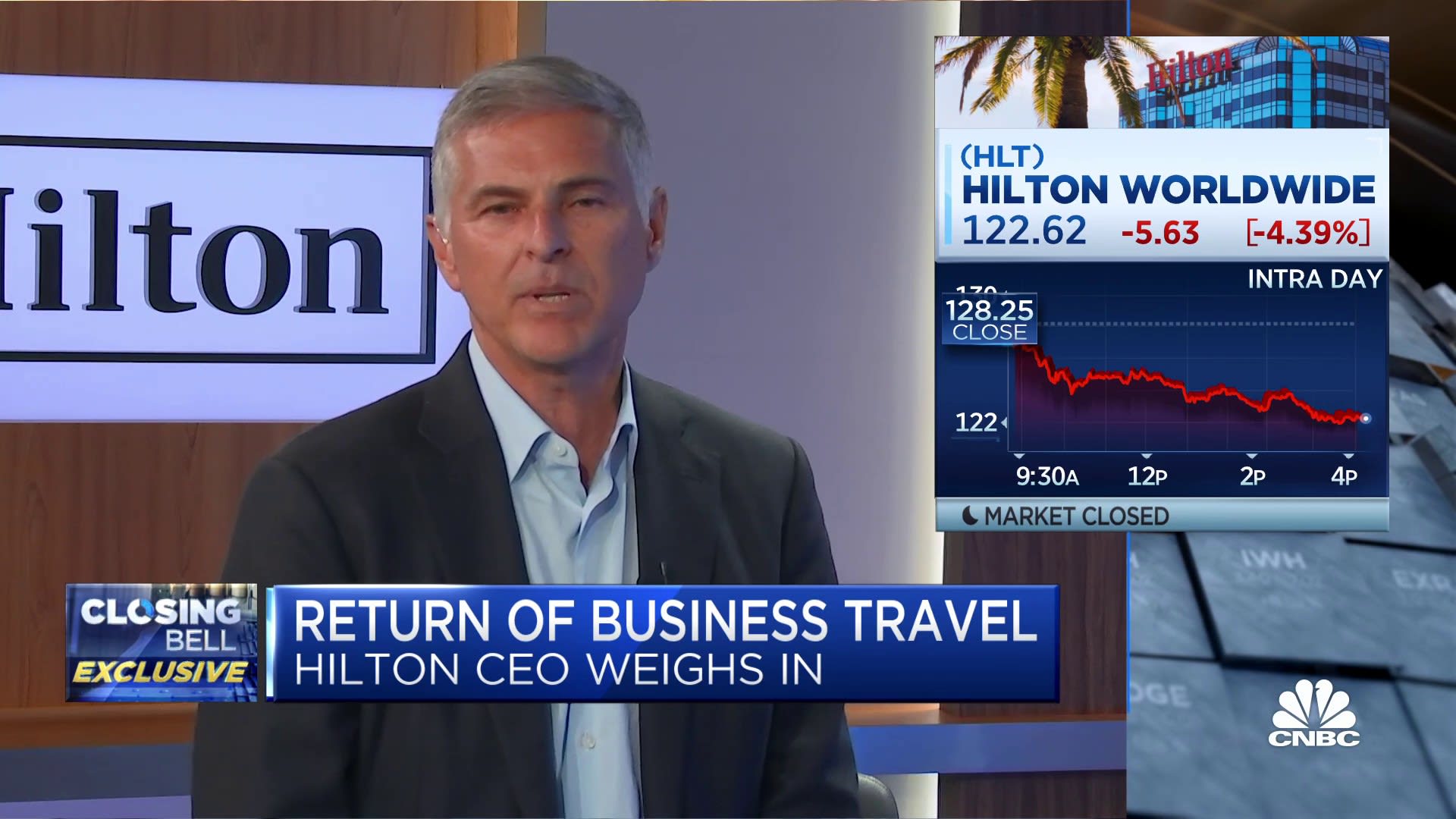 Business travel should return to 70% to 75% of 2019 levels by the end of the year, according to Hilton’s chief financial officer Kevin Jacobs as Americans started the Memorial Day weekend by hitting the roads and skies seeking to cast off nearly two year’s of pandemic restrictions.

Memorial Day honors Americans who have died in war and is also seen as the unofficial start to summer and a time when people traditionally travel to campgrounds, beaches, and state parks.

While travel suffered last year because of coronavirus restrictions, this year Americans are looking to get back to their pre-pandemic routines. The U.S. travel group AAA said it expected a 60% jump in travel this Memorial Day from last year, with 37 million Americans planning to travel at least 50 miles from home, mostly by car.

Jacobs, who is also president of global development, recently commented that business travel is currently running at half of 2019 levels, with a build to the end of 2021 and beyond. “It’s been a leisure-led recovery so far, but business will be a fast follow.”

That said, Jacobs does think there will be some adaptations to how businesses think about travel. While “lower-value” trips might be eliminated in favor of video conferences, “every one of those trips, if not more, will be replaced with higher value — maybe you spend more time prospecting for new business. There’s no substitute for real human interaction, people getting together, collaborating, driving their business forward.”

Hilton expects its business broadly to gain momentum in the second half of the year. The hotelier earlier this month reported first-quarter earnings that missed estimates with particular weakness in a key metric, revenue per available room. The international aspect is key as although traveling within the U.S. is much easier for citizens due to the lack of restrictions for Americans.

In geographic areas where reopening was further along in the first quarter, there was a commensurate boost to business travel, Hilton CEO Christopher Nassetta said on the company’s earnings call.

Recent forecasts for “nonpresidential fixed investment” — i.e., capital expenditures — have been encouraging, and are an indication that business spending, including for travel, will pick up, said Jacobs.

Jefferies Senior Research Analyst Sheila Kahyaoglu however was not all that much optimistic as she observed, “Overall, what we’re seeing for air capacity from the U.S. major airlines, is [we are] about down 40% versus 2019 levels. Domestically, we’re down 22% for the upcoming week and into Memorial Day … And internationally, we’re down about 67%. So international is still quite weak.”

Hilton shares have risen almost 13% this year, compared with 9% for Marriott and 5% for Hyatt. Airbnb, meanwhile, closed Friday at $140.40 a share, up sharply from its December IPO price of $68.

Chinese financial institutions are the new muse of Wall Street

Kroger offers incentives to customers to get vaccinated