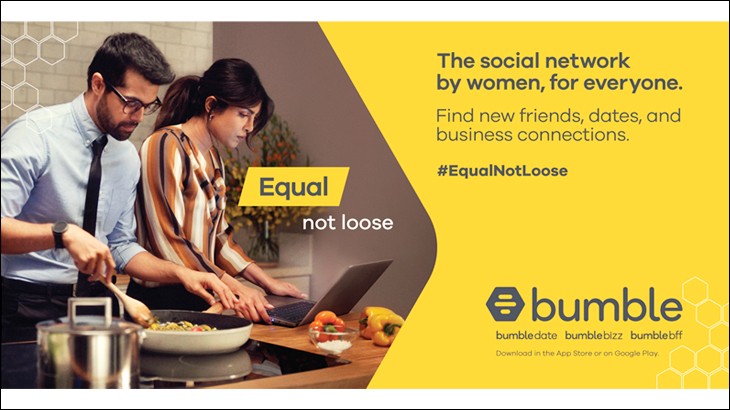 Popular online dating app Bumble has filed a preliminary S-1 with the Securities and Exchange Commission (SEC) in preparation for its initial public offering (IPO).

Bumble is a location-based social application that facilitates communication between interested users. In heterosexual matches, only female users can make the first contact with matched male users, while in same-sex matches either person can send a message first.

The company was founded by Tinder co-founder Whitney Wolfe Herd, who is also Bumble’s CEO. The company’s board — which is made up of 71% women — is also attracting a lot of investor attention.

The company plans to trade on the Nasdaq stock exchange using the ticker symbol BMBL.

Since this is an initial filing, Bumble hasn’t yet divulged how much it hopes to raise, how many shares it will offer, or when shares will begin trading.

The company’s two dating apps, Bumble and Badoo, are two of the highest-grossing online dating mobile apps in the world. They are among the top-five-grossing iOS lifestyle apps in 30 and 89 countries, respectively, the company said, citing reliable data sources.

The apps boasted a combined total of 42 million monthly active users to close out the third quarter, resulting in 2.4 million paying customers.

At the same time, the company went from profits to losses during the first nine months of last year, generating a loss of roughly $117 million, worsening from a gain of $69 million in the prior-year period.

The major indices all declined for a second consecutive session on Friday, capping off a more tranquil week than the record-breaking pace of late.